Price decreased no more than 15 points yesterday, after which it reversed and rose sharply in the market. The increase came after the speech of Fed chairman Jerome Powell, who announced changes in the central bank's monetary policy. It rose the price about 40 points. 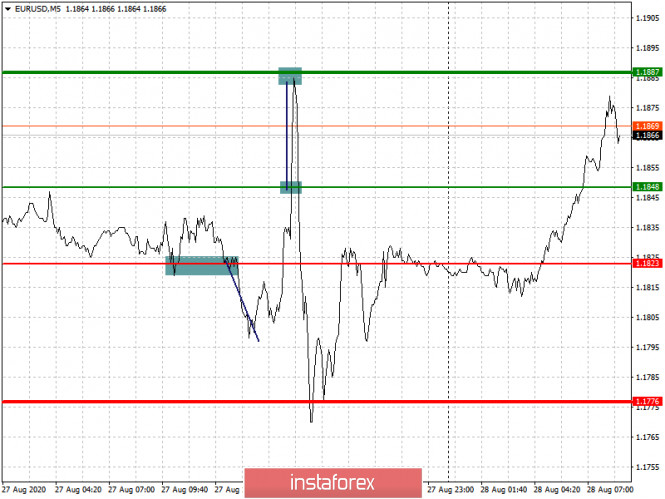 Today, attention should be given to the upcoming data on the French economy, as it could support the euro in rising in the market. The upcoming data on US income and expenses that is scheduled to be published in the afternoon may also further weaken the dollar and raise the rate of the European currency. 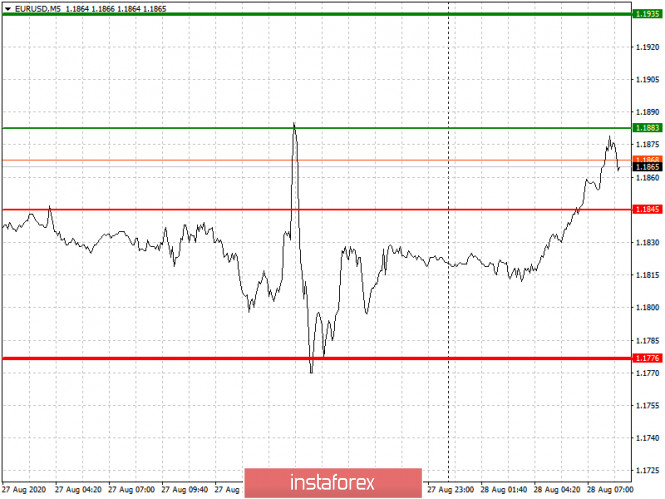 Short positions on the pound brought losses yesterday, as after passing 1.3180, price did not move even further in the chart. Fortunately in the afternoon, longs from the level of 1.3225 gave profit as much as 45 points, which canceled the losses realized in the morning. 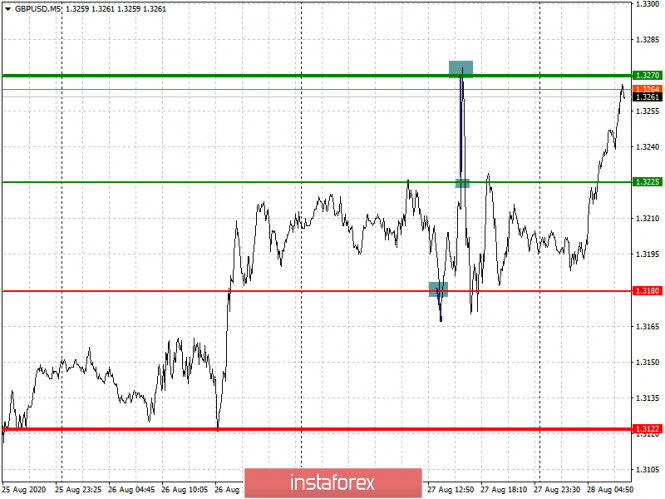 Bank of England governor, Andrew Bailey, is scheduled to have a speech today, and he may touch upon the topic of monetary policy. If he announces a soft policy, demand for the pound could decrease, which will weaken the rate of GBP / USD in the market. 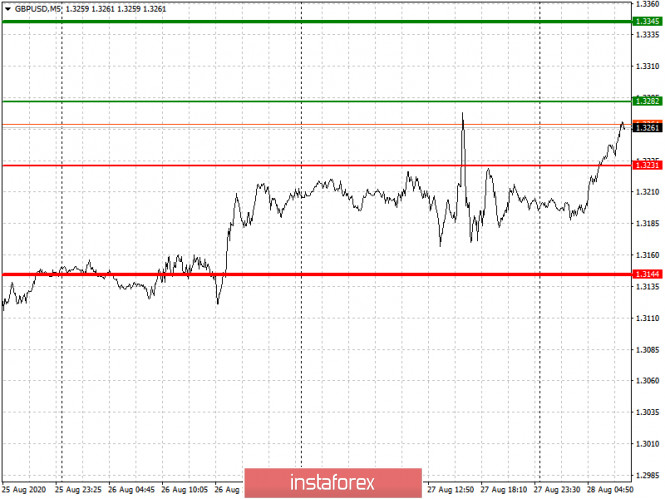 Interesting? Write a comment below.
 #Analysis and trading recommendations for the EUR/USD and GBP/USD pairs on August 28
Forward 
Backward 