Last week's trading closed above the WCZ 1/2 1.1854-1.1845. This indicates a high probability of continued growth. The main target of the upward movement was the weekly control zone of 1.1974-1.1954. Reaching this zone will allow you to take part of the profit. The remaining purchases should be left in anticipation of strengthening the euro in the long-term. 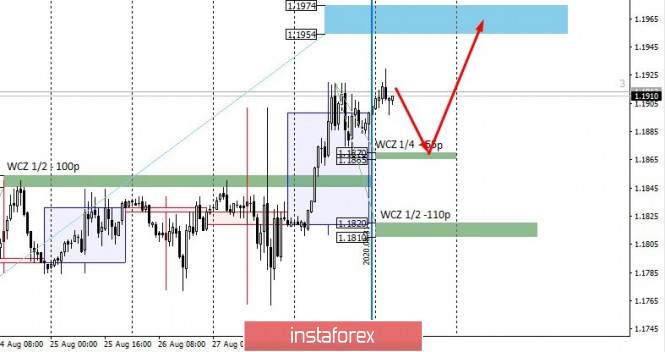 The downward movement should only be considered as a correction, so sales from current levels are not profitable. Breaking the bullish momentum will require closing today's trading below Friday's opening. The probability of forming this pattern is less than 20%. 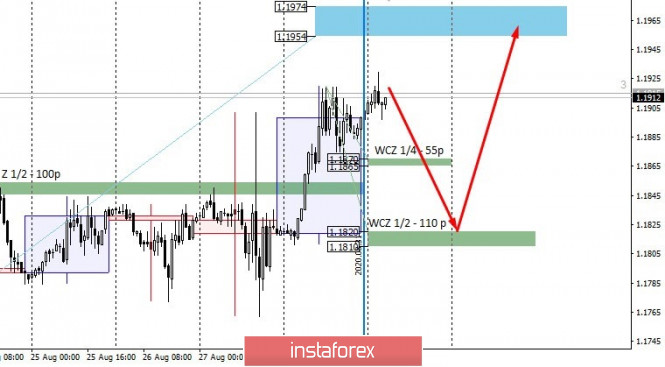 Monthly CZ - monthly control zone. The zone, which is a reflection of the average volatility over the past year.