Dollar continues to decline before Powell's speech in Jackson Hole

On Tuesday, the market focused their attention to the continuation of trade negotiations between the United States and China. It led to growing optimism, which represented an undeniable demand for risky assets. However, the risk appetite of economic statistics from Germany and the US, has slightly declined yesterday.

As a result, the Euro received support and continued to grow, amid the presented data from the United States, which turned out to be unclear. So, the consumer confidence index (CCI) in August came out, resulting in 84.8 points, against the forecasted growth of 93.0 points. This was worse than expected and even lower than the July value. Yet, new homes sales rose markedly by 901,000 against 791,000 last month. The development was 13.9% in rate terms.

Dollar's negative dynamics can be explained not only by unclear statistical data, but also by the expectation of J. Powell's speech at a symposium in Jackson Hole. In this regard, investors are waiting for an important statement that can change the whole situation in the US and financial markets. So, Powell is expected to report on the regulator's decision to target inflation in America to stimulate its growth and as a consequence of the revival of economic activity in the country. In response to these expectations, the debt market shows strong increase in government bond yields. Therefore, the profitability of the benchmark 10-year Treasury rose by more than 9% by the end of Tuesday's trading. But this failed to support the dollar rate, although in other cases, we would have seen its strengthening along the entire currency market.

What should we expect before Powell's speech on Thursday?

The weakening trend of the dollar is expected to continue before Powell's speech. This is what the market thinks, but as experience shows, things can be completely different. This is the reason why the dollar declines against all major currencies. In fact, investors continue to reduce their open positions in favor of the US currency.

The USD/JPY pair is trading above 106.30. Maintaining a positive mood on global markets, as well as the expectation of J. Powell's speech at the Jackson Hole on Thursday, will put pressure on the US currency. Thus, the pair is expected to continue to rise to 107.00.

The prices of WTI crude oil are still in the range of 41.85-43.50. If they do not overcome the upper limit of the range, a local price reversal and their decline to 41.85 should be expected. 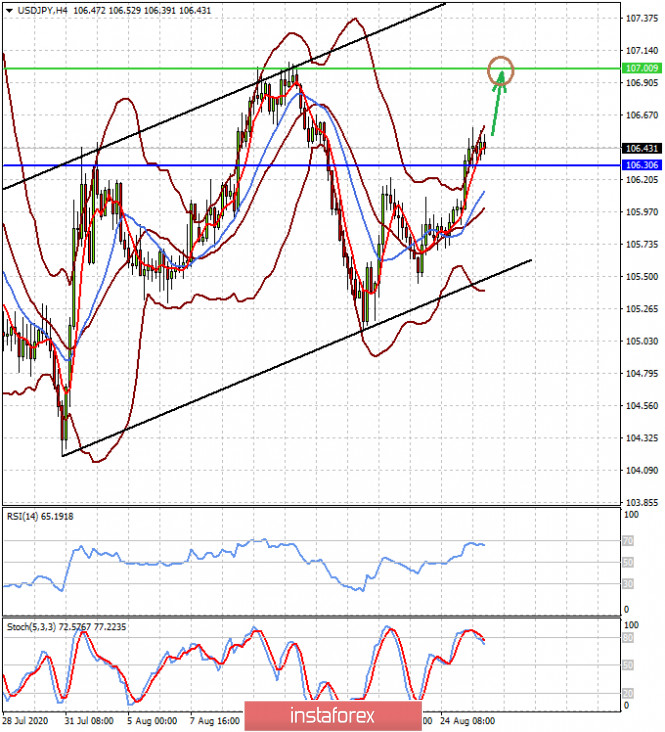 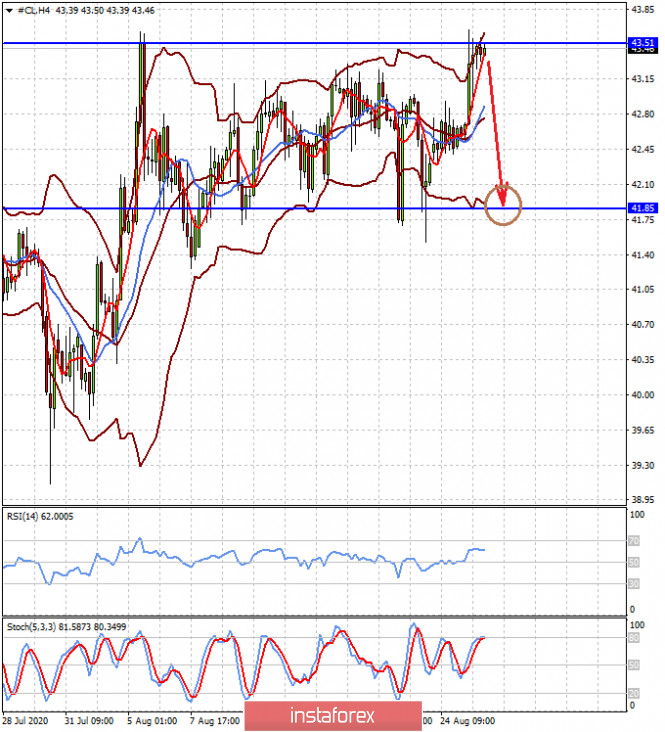