Bulls failed to raise the rate of euro from 1.1897, as a result of which price reversed and moved down quite decently from 1.1875. The movement was more than 30 points and gave good profit to short positions in the market. 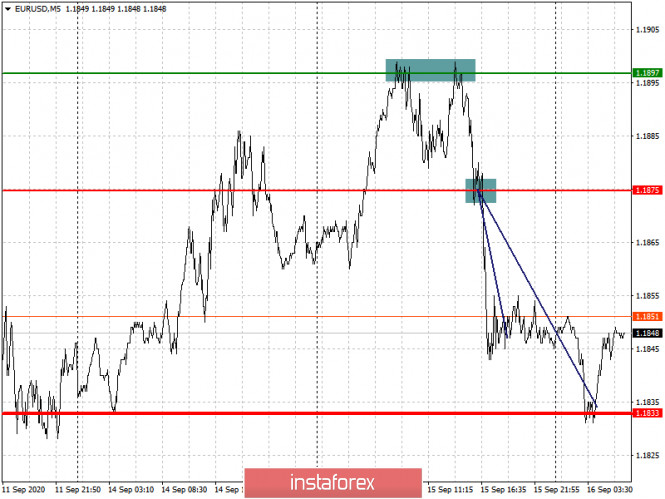 A good deal of important statistics are due for release today, among which is data on the foreign trade balance of the euro area. However, the most significant event is the upcoming US Fed meeting, during which the regulator will announce its decision on interest rates. In such a case, it is best not to trade haphazardly, so wait instead for the final decisions before opening any position in the market. To those willing to take risks, you may follow the strategy below: 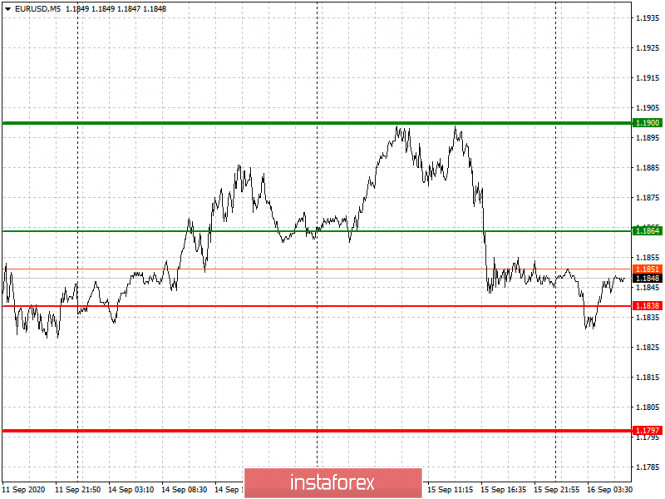 The pound saw quite large movements from 1.2877, which gave long positions decent profit of more than 40 points. 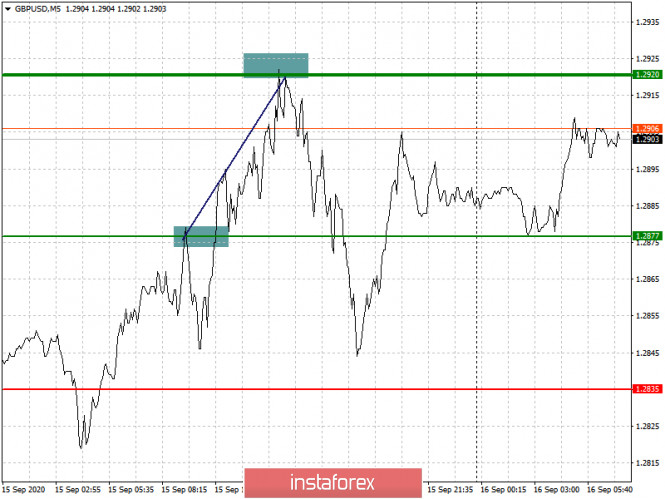 Latest report on UK inflation is scheduled to come out today, the data of which, if turns out better than the forecasts, will result in a new wave of growth in the pound. But if the indicators disappoint, it is better to take a closer look at short positions, especially before the Fed meeting. 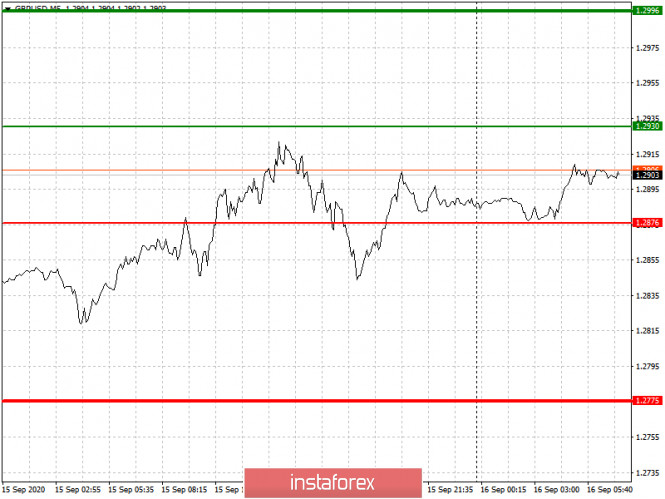 Interesting? Write a comment below.
 #Analysis and trading recommendations for EUR/USD and GBP/USD on September 16
Forward 
Backward 