Trading recommendations for the EUR / USD pair on September 28

Short positions arose in the EUR / USD pair last Friday, as a result of which the quote moved down 25-30 pips from the level of 1.1647. 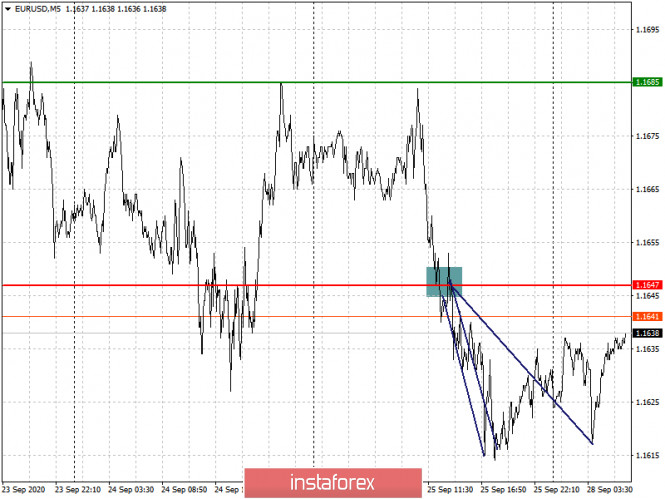 The pressure may persist on the euro today, moreso since there are no significant reports that could support the currency in rising on the markets. Only the upcoming speech of ECB president Christine Lagarde could affect demand, however, it wouldn't be in favor of the bulls. 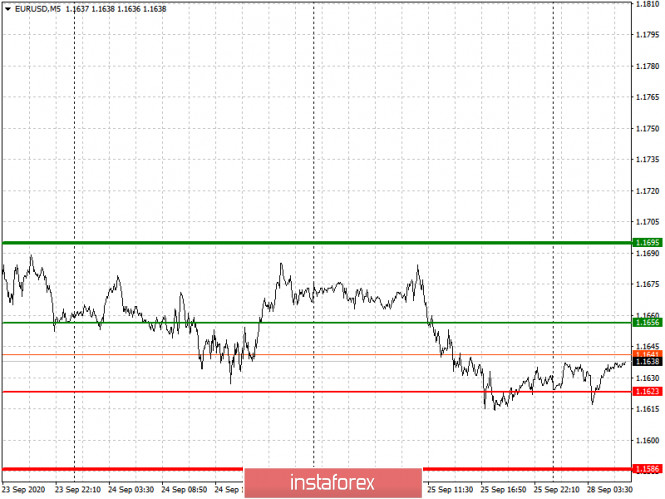 Trading recommendations for the GBP / USD pair on September 28

Several signals appeared on the market last Friday, one of which is to buy the pound from the level of 1.2773. However, it did not bring much profit to traders, as movement to just about 20 pips, signaling a slowdown in the bullish momentum. Meanwhile, sales were far more profitable, as after the test of the level of 1.2744, a sharp drop in the pound, by about 50 pips, occurred in the market.

Since there are no important statistics today, it is likely that the GBP / USD pair will trade in a flat market today. However, bears can still count on the continuation of the downward movement. 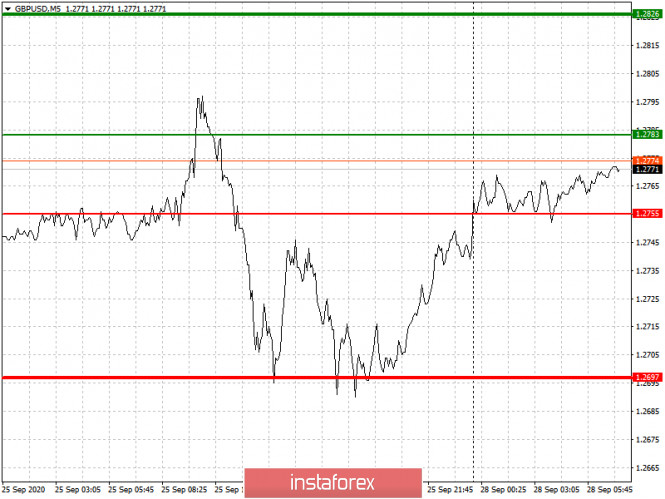 Interesting? Write a comment below.
 #Analysis and trading recommendations for the EUR/USD and GBP/USD pairs on September 28
Forward 
Backward 