AUD/USD. All eyes on the US Senate

The Australian dollar, paired with the US currency, has determined a price niche for itself, within which it has been trading for a week. Following several unsuccessful attempts to conquer the 74th price level, the "Aussie" does not leave the area of the 72nd figure, alternately pushing off the boundaries of the 100-point price corridor. By itself, the Australian dollar does not have arguments for a Northern breakout, so it has no choice but to focus on the behavior of the greenback, which, in turn, is also torn apart by contradictions. The US dollar index similarly trades in a range when the growth phase is replaced by a decline phase. The indicator has not left the 92.1-93.5 corridor since the beginning of August, reflecting the general vulnerability of the US currency.Traders are in "waiting mode," anticipating an informational impulse, which may be tomorrow's inflation release. 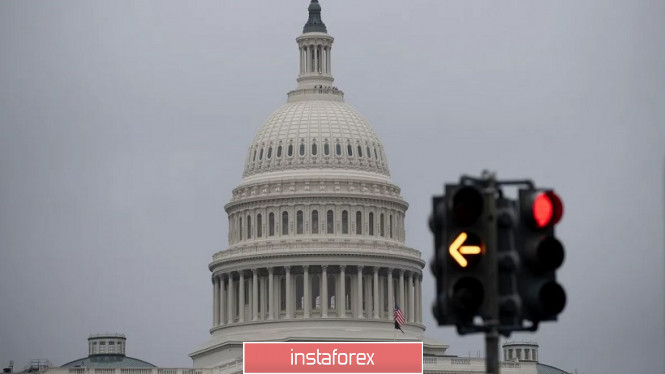 The "Aussie," in the meantime, is reacting to secondary statistics and political events. As a result, during the Asian session on Thursday, one of the inflation indicators was published in Australia. From the Australian consumers, we have learned the assessment of the inflation outlook. This indicator speaks more about trends, and is a good indicator of current household sentiment towards inflation. In September, this index fell to 3.1%, showing a negative trend. It is worth recalling that the Australian consumer price index in quarterly terms for the first time since the spring of 2016 collapsed into a negative area - however, not to the forecast -2%, but to -1.9%. In annual terms, the indicator was also below zero: the indicator came out at -0.3%.According to today's release, inflation in Australia will continue to be a "weak link," putting pressure on the RBA (Reserve Bank of Australia), and, accordingly, on the "Aussie."

Despite reacting phlegmatically to today's release, the Australian dollar still retreated from yesterday's highs (0.7289). There was a sluggish trade in a narrow price range during the Asian session on Thursday. Although bearish sentiment prevailed for the pair, the southern momentum was too weak to open deals. Obviously, the market is frozen in anticipation of US events, and we are not just talking about tomorrow's inflation release.

This day, the US Senate must consider a bill to provide a package of assistance in the fight against the consequences of the coronavirus pandemic. And this bill is the fifth in a row. Back in May, the Democrats introduced their three-trillion-dollar bill and it was even passed in the House of Representatives, the Lower house of Congress, where representatives of the Democratic party control the majority. However, Republicans who control the Upper house of Congress (the Senate) refused to support the initiative of the Democrats, considering it too costly. This idea was opposed by the White house and personally by Donald trump, who promised to veto the law if it is still supported by Congressmen.

Now, the situation is mirrored. The Republicans have proposed their own version of the bill (not the first one), the volume of which is "only" 500 billion dollars. This project will provide funding for unemployment insurance, childcare, coronavirus testing, and claims protection from lawsuits for companies, schools, and churches working in the pandemic.

The Representatives of the Democratic party, who agreed to lower the spending bar from three to two trillion dollars during negotiations on their bill, criticized the 500-billion Republican aid package. Senate minority leader Charles Schumer, a Democrat, and house speaker Nancy Pelosi immediately declared that the Republican bill "is a failure in advance and unpromising." This means that the proposed document will not pass the millstone of the Lower house of Congress.

But during today's meeting, it may become clear that not all Republicans support the initiative of their fellow party members. This factor can play against the US currency today. According to various estimates, about two dozen Republican senators do not support the allocation of any additional funds to combat the consequences of the coronavirus crisis.

If the bill fails, including through the fault of Republicans, the greenback may come under pressure. Anticipating such a situation, Mitch McConnell can withdraw this draft law by removing it from the vote. But this decision will not be in favor of greenback, as the de facto Republicans admit their defeat. 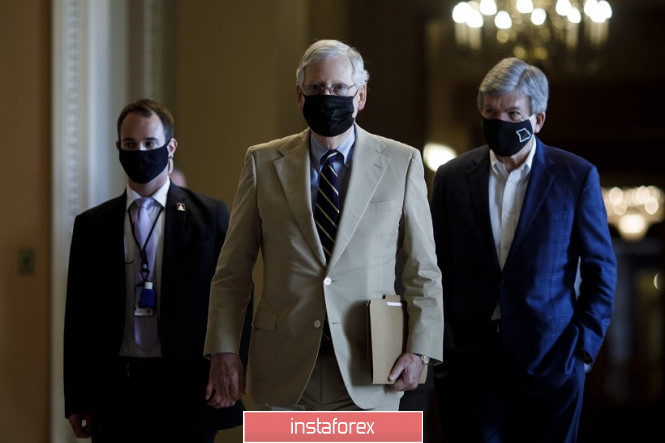 However, it should be essentially noted that the "political factor" will have a short-term impact on the dynamics of dollar pairs. All the attention of traders tomorrow will be focused on the publication of data on the growth of inflation in the United States. Once this is released, the greenback movement vector in the medium term will be determined.

As for the AUD / USD pair, with a "smooth" (not impulsive) approach to the base of the 72nd figure, we can consider longs with the first goal of 0.7301 (the Conversion line on the daily chart). If we consider a longer-term period, we can talk about a more ambitious goal - 0.7380 (the upper line of the Bollinger Bands on the same timeframe). But this target will only be achieved if US inflation disappoints foreign exchange market traders.

Interesting? Write a comment below.
 #AUD/USD. All eyes on the US Senate
Forward 
Backward 