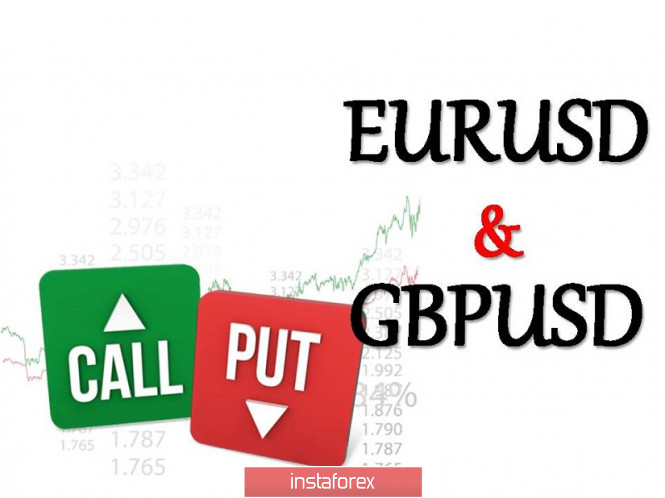 A closed cycle of fluctuations by 90% leads to accumulation, which will eventually lead to a natural acceleration at the time of the breakdown of a particular border.

Let's consider the possible price movements based on the obtained data on the location of the quote and successive fluctuations: 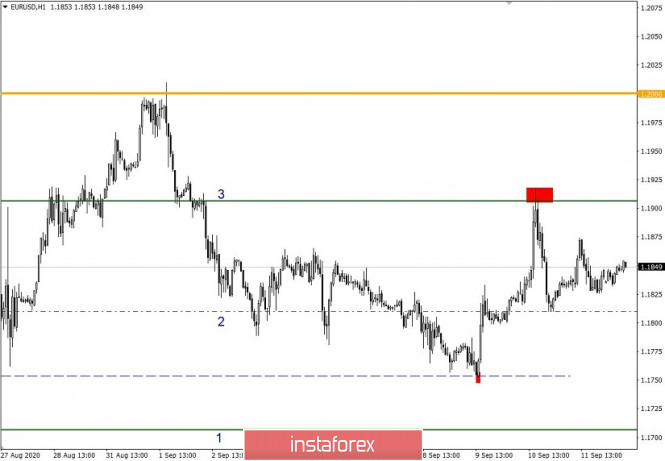 The GBP/USD pair has had a downward interest since September began, during which trend lines no. 1, 2 and 3 have appeared, which, combined with cycles, have formed a channel along which the quote moves.

The overall scale of the decline since September 1 is 717 points, where the support level is considered to be 1.2770, where a slowdown in market participants occurs naturally.

Relative to the current situation, there is the same slowdown along the support level of 1.2770, where the oscillation amplitude is 100 points.

We can assume that the movement along the 1.2763/1.2863 trajectory will continue for some time, where market participants will try to regroup their trading forces and resume moving towards the descending channel.

Fulfilling this forecast would confirm the sellers' intention to stay in the market, but due to the high degree of oversold and the price decline by more than 700 points in 11 days, it could lead to instability of short positions, which would result in local surges in the market.

In this case, it is worth considering having a stagnation as a platform for buy and sell positions, that is, it will place two pending orders at once. 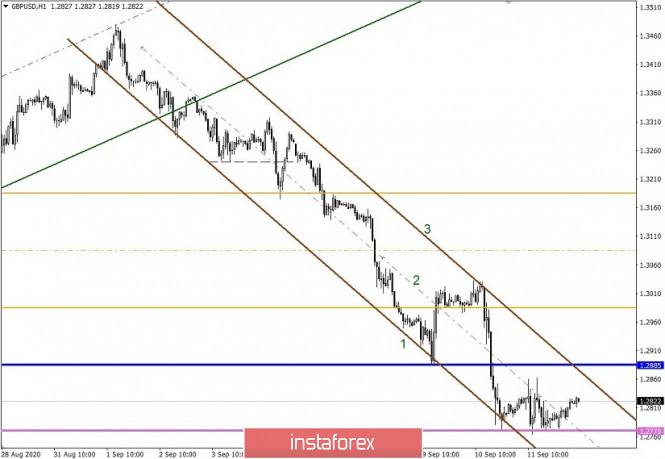