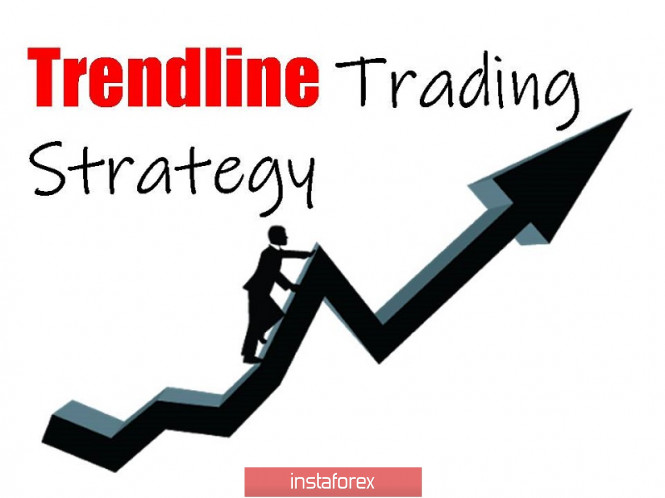 The EUR/USD currency pair, moving in an upward direction, met a strong resistance level of 1.2000 on the way, where market participants naturally feel pressure, which leads to the fixation of trading positions. In our case, the buyers took the position, which was reflected in the market as a corrective movement in the form of a rising channel of trend lines no. 1, 2 and 3.

Now, if we continue from the correction scale 1.2000 to 1.1892, we can see that the current price movement is made in the area of the lower border of the rising channel (line No. 1), as well as the upper border of the side channel line No. 4 (area 1.1910), which the price previously broken, but focused on the trading forces of market participants for a long time.

Based on the obtained data on finding the quote relative to price channels, we can consider several scenarios for market development:

Second, the price returns to the side channel. 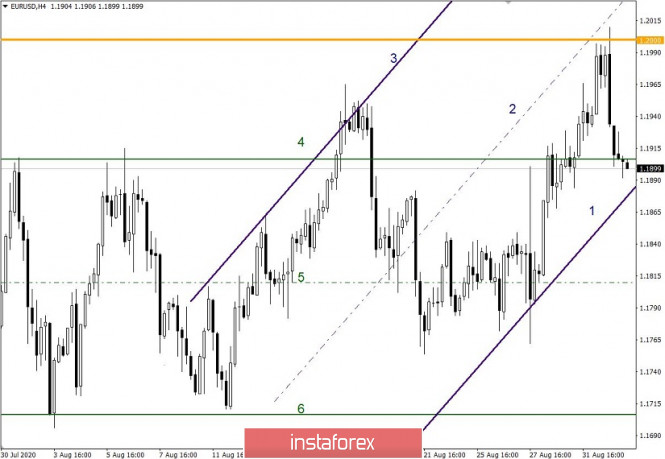 The GBP/USD currency pair, moving in an upward direction, managed to reach the average level of the rising channel, which is the trend line no. 2 (1.1480 area), where there was a stop, which resulted in a corrective movement in the market.

Considering the correction, the quote of the pound is still in the structure of the rising channel, which means that the lower border, line no. 1 (1.3320/1.3340 area) can theoretically play the role of a support in the market, reversing the quote in the direction of the channel.

An alternative scenario will be considered if the price consolidates below the trend line No. 1, which will indicate a change in the structure of the rising channel. 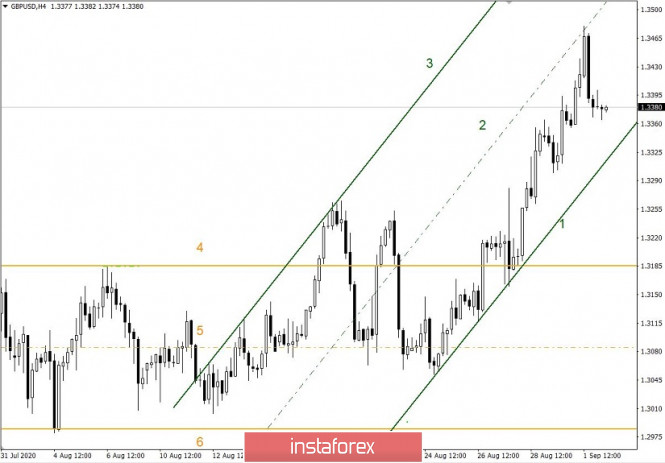