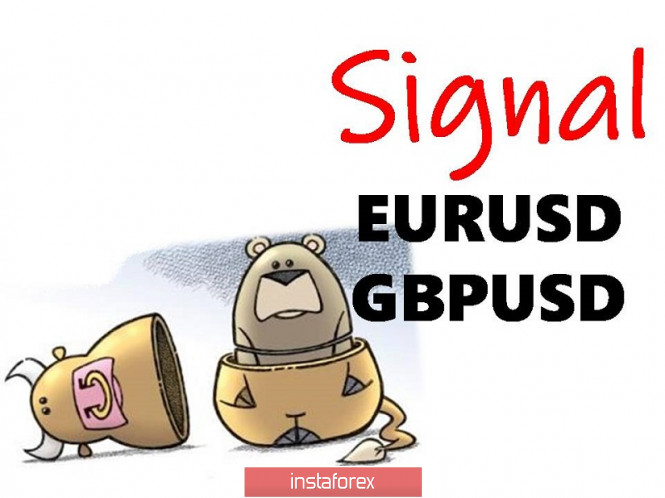 The EUR/USD pair keeps the quote below the side channel 1.1700 // 1.1810 // 1.1910, which is considered a good signal for a downward development. Yesterday, the quote approached the coordinates of 1.1650, which made it possible to further strengthen the sellers' position in the market. The fact of changing the structure of the side channel is already unquestionable, thus working for sale will be considered the most attractive trading tactic. It is also worth noting that there are pullbacks and local corrections even with the most stable course, so take this point into account when setting restrictive Stop Loss orders.

Based on the obtained data on the location of the quote, we can assume that a downward development is possible in the market, but if you have not yet opened positions in the level of 1.1690, it is now most ideal to enter the market after holding the price below the variable level of 1.1650. The late entry is due to the fact that the quote may temporarily fluctuate between the values of 1.1650 and 1.1700.

If the forecast for the development of a downward movement is fulfilled, it may have a long-term character, where the first coordinates for fixing profit are in the range of 1.1550-1.1500. 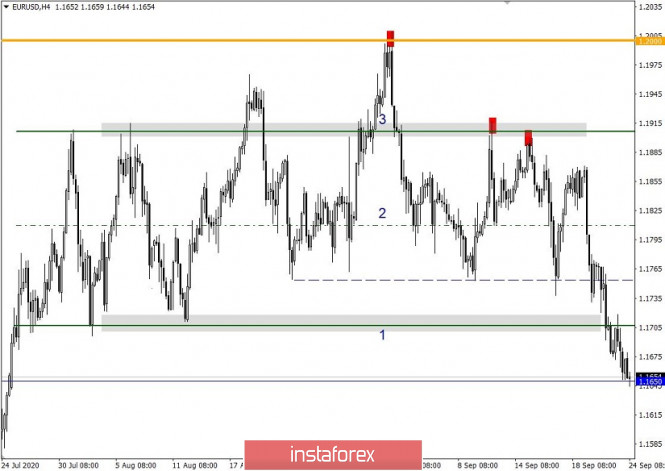 On the other hand, the GBP/USD pair, following a downward course, managed to firmly consolidate below the price level of 1.2770, which can cause the price trend to change from an upward to a downward one in the future. The process of consolidating prices at new levels is considered a difficult task. The quote slowed down for a while, having a variable amplitude of 1.2674/1.2770. To resume the quote's decline, it is necessary to complete the consolidation stage, where a possible signal to sellers will be the price passing through the level of 1.2670.

The prospect of developing a downward course has long distances, but we should move in the form of steps, consistently fixing profits. Thus, the first stage will be considered the level of 1.2620, where the transaction volume is fixed by 50-100%, while the second step is the level of 1.2500. 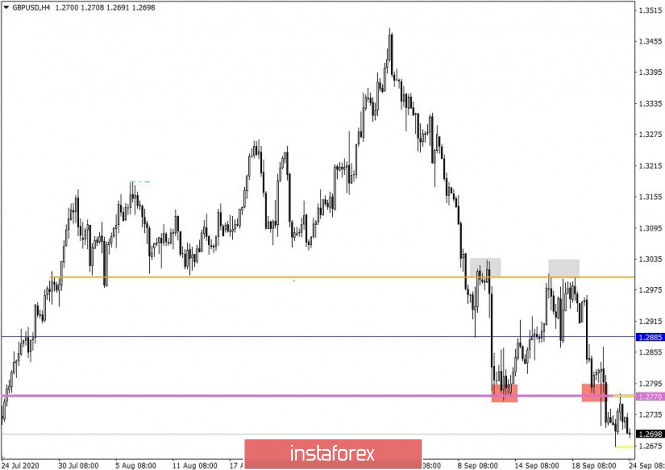