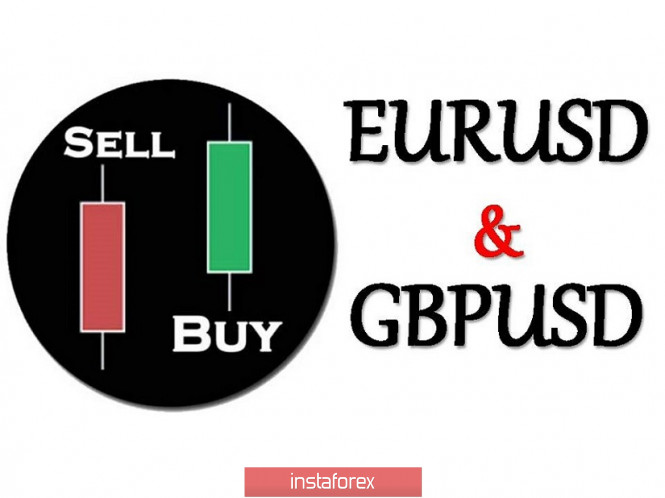 The EUR/USD pair follows the course of the side channel 1.1700/1.1810/1.1910 (lines no. 1, 2 and 3), where the price rebound from the upper limit led to an increase in downward interest, as a result of which the average level of the channel was broken.

Yesterday's trading recommendation, regarding the scenario of the breakdown of line No. 2, occurred, having an income on the trading deposit.

If we proceed from the current location of the quote, we can see a convergence of the price with the low of September 9, where the variable support level of 1.1755 passes, which has repeatedly restrained sellers from further decline.

Based on the obtained data on finding the quote, we can consider a number of possible market development scenarios:

The quote is approaching the price level of 1.1755, where a stagnation is formed in its area, followed by a rebound, similar to what happened last August 21 and September 9.

Second, the breakdown of the level of 1.1755, with the retention of the given downward path. On the other hand, the GBP/USD pair, moving from the support level of 1.2770, reached the important price level of 1.3000, which plays the role of a psychological level in the market. Such an important price value managed to contain the upward interest, which resulted in a slowdown and a rebound in the opposite direction.

Based on the current position of the quote, the correction move from the level of 1.2770 has completed its formation and sellers are returning to the market again, who will try to restore the downward tact set on September 1 in the market.

Based on the obtained data on finding the quote, a number of possible market development scenarios can be considered:

The market is in an unclear neutral position, which leads to a turbulence between the levels of 1.2885/1.3000. 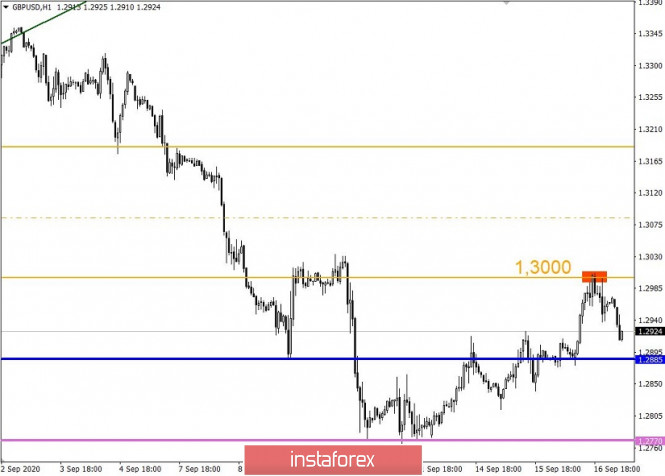