CFTC report is against the dollar, but inadequate liquidity will not let it weaken. Overview of USD, EUR, GBP

The US dollar is under pressure again after the CFTC report last Friday. On the other hand, there is growth in the net short position for the first time in 4 weeks, which rose by 2.791 billion and reached 34.538 billion..The accumulated growth of long positions was exceeded, and just like a month ago, the dollar looks very weak again in speculative positioning. 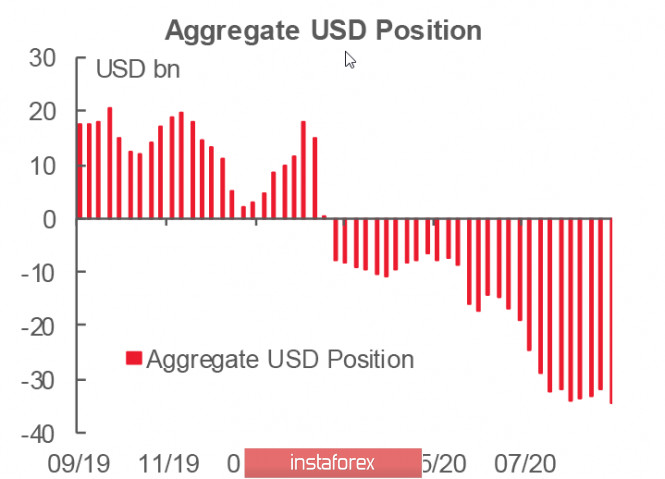 Now, the total personal consumption expenditure remains well below its pre-pandemic level. Household spending was supported by increased unemployment benefits and one-time direct income support. These payments mostly expired in August, which will lead to a sharp decline in income, which could further weaken consumption. The pace of job creation slowed down in July and August compared to May and June, and the latest weekly data shows that the number of unemployment claims is growing in September, while they were forecast to decline.

The lack of dollar liquidity is the main driver that will determine financial flows before the presidential election, since the Fed took a break on expanding QE and Democrats and Republicans cannot agree in Congress how huge the next aid package will be. For the first week, the outflow of funds from ETFs amounted to 26.87 billion, which is the third result in the entire history. Nasdaq's rates on decline are the highest since June 2006. 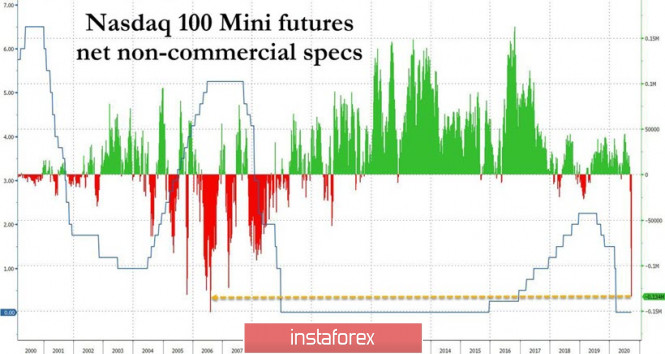 We have a bullish situation for the dollar. Therefore, growth should be expected across the entire spectrum of the market.

Euro's net long position is growing again, with a weekly gain of 1.482 billion. However, this is still not enough to turn up short-term expectations, since the main impulse for this pair at the current stage is the lack of liquidity of the dollar and the approaching US presidential election. 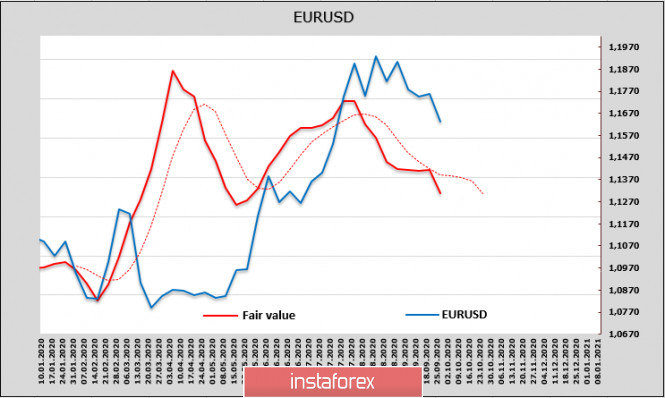 At the same time, the indicated currency does not yet have its own driver and is moving mainly under the influence of the dollar dynamics. The September Markit index for the services sector unexpectedly fell to 47.5p, which indicates weak consumer demand. Today, ECB's head, Lagarde, will speak before the European Parliament, while the ECB conference will take place on Wednesday. So, if they will mention something unexpected, the euro will continue to slow down.

Technically, it should be assumed that the EUR/USD bearish impulse is still strong. The correction after the growth that began in April is not complete and the 38.2% Fibo support line just passes above 1.15. Considering that there are no significant resistances above this level, we can expect the first attempts to form a local bottom near this level.

News from a negotiating platform between the EU and the UK are contradictory. By the end of last week, there were rumors that the parties were converging positions, but they did not receive official confirmation. Barnier, head of the EU delegation, did not comment. The next round of negotiations will be held from September 29 to October 2.

Today, the UK Parliament will hold a discussion on the controversial bill "On the Internal Market", and its result may be decisive in terms of negotiations with the EU, and if the ground for progress does not appear, the EU will start preparing for a hard Brexit.

Investors are gradually clarifying their position and, based on the logic of the situation, they are preparing for the pound's decline. Futures for the pound were almost unchanged for the reporting week, but the estimated price is still significantly lower than the spot price. 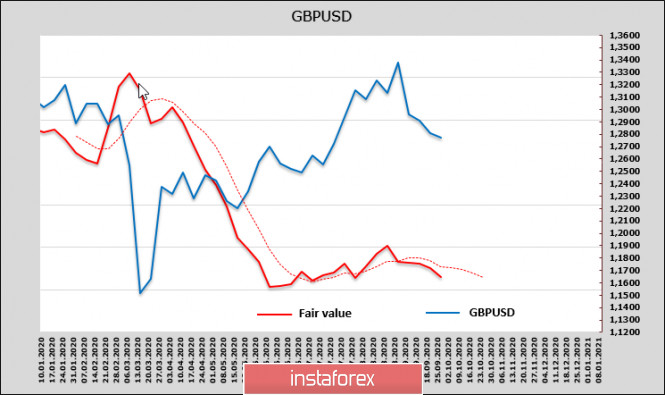 The Gfk consumer confidence index rose in September from -27p to -25p and has been recovering for 4 consecutive months, but the recovery pace remains very weak. The chart of the index movement largely repeats the chart of the estimated price – for the growth of the pound, the grounds remain very weak. 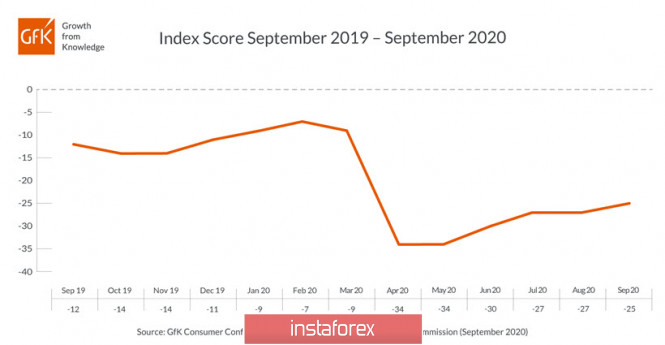 A wide support zone for the pound is 1.2660/2710, where its future fate will be decided. A positive result from the negotiations will give a chance to resume growth, but the chance is small, since the dollar will be in growing demand in conditions of lack of liquidity. It looks more likely to go below the support zone from the long-term.

Interesting? Write a comment below.
 #CFTC report is against the dollar, but inadequate liquidity will not let it weaken. Overview of USD, EUR, GBP
Forward 
Backward 