This week, work in the downward direction remains a priority. It is enough to keep the price below the opening level of yesterday's trading to continue falling. The first resistance will be the WCZ 1/4 0.7243-0.7239. The test of this zone should be considered for the formation of a sell pattern. 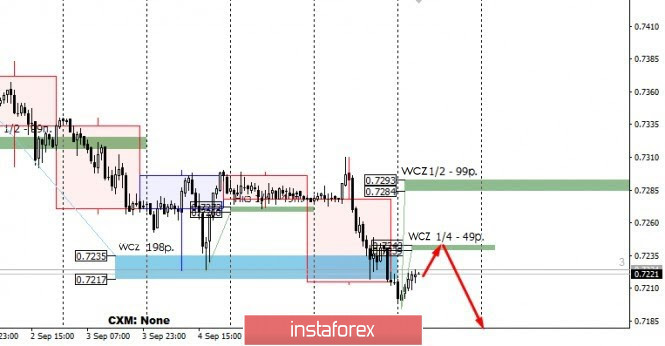 To form a deeper correction, an increase to the WCZ 1/2 0.7293-0.7284 will be required. The test of this zone will be decisive for the entire downward movement. Within the zone are the most favorable prices for the sale of the instrument, so they must be used to re-enter the sale. 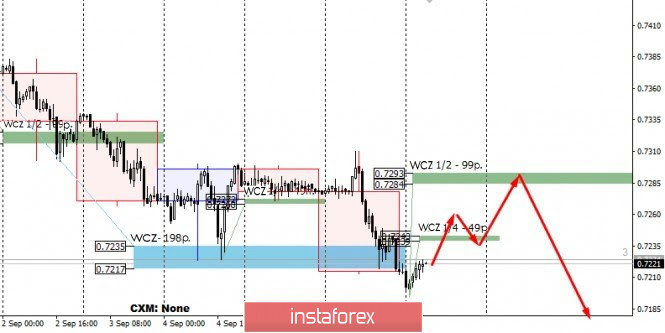 DCZ - control zone. A zone formed by important data from the futures market that changes several times a year.

WCZ - weekly control zone. An area formed by important marks of the futures market, which changes several times a year.