It is a priority to work in the downward direction, so any growth should be perceived as an opportunity to enter a short position. Today, the pair is trading within the "market maker zone" formed in the second half of August, which may lead to demand and the formation of a correction pattern. 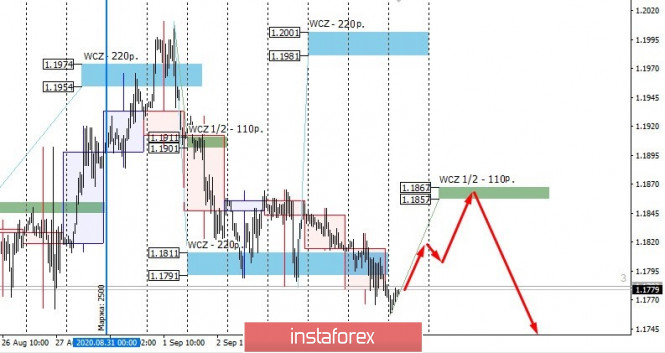 The downward movement of the last two weeks is a medium-term impulse, so any growth below the Weekly Control Zone 1/2 1.1867-1.1857 will be corrective and will allow us to search for patterns to sell the pair.

On the other hand, the formation of the accumulation zone will be developed if today's trading closes above yesterday's opening. An alternative pattern for the continuation of decline will become relevant if testing last week's low leads to a growth in supply. 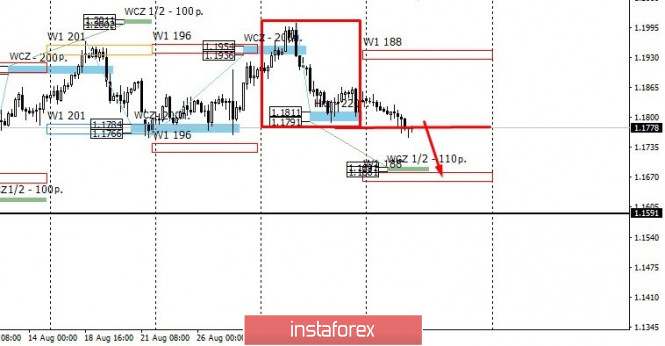 DCZ - daily control zone. The zone formed by important data from the futures market, which changes several times a year.

WCZ - weekly control zone. The zone formed by important marks of the futures market, which change several times a year.

MCZ - monthly control zone. The zone that reflects the average volatility over the past year.