The trading plan for this week implies holding purchases that were opened earlier and consolidating them at the WCZ 1/2 106.89-106.73. If the specified zone is reached, a large supply and the resumption of the downward movement will be very likely. However, working within the flat may be delayed for the whole September. 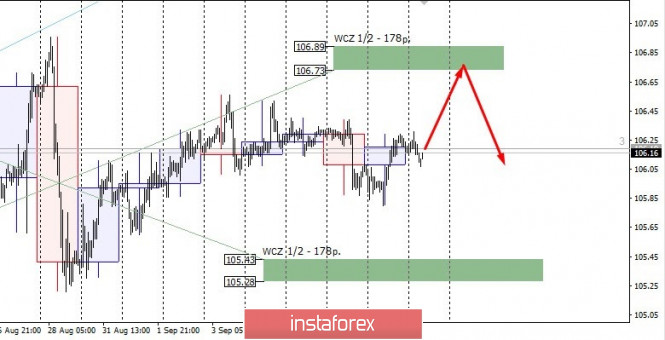 Large players are not interested in buying and selling the instrument this week, which prevents us from leaving the local accumulation zone.

An alternative pattern will be developed if today's trading closes below yesterday's. This will open the way for the pair to fall to the lower WCZ 1/2 105.43-105.28. Moreover, this pattern is equivalent to an upward one, so you need to transfer purchases opened earlier to breakeven. 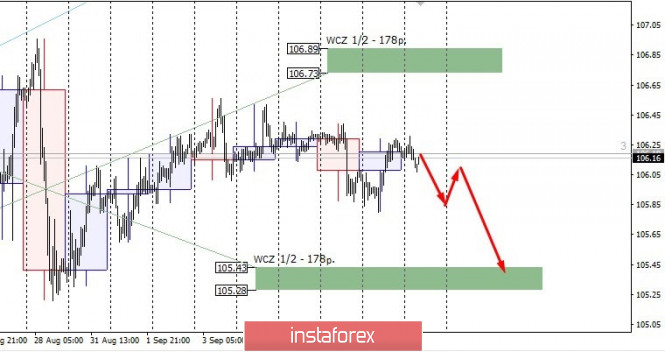 DCZ - daily control zone. The zone formed by important data from the futures market, which changes several times a year.

WCZ - weekly control zone. The zone formed by important marks of the futures market, which change several times a year.

MCZ- monthly control zone. The zone that reflects the average volatility over the past year.