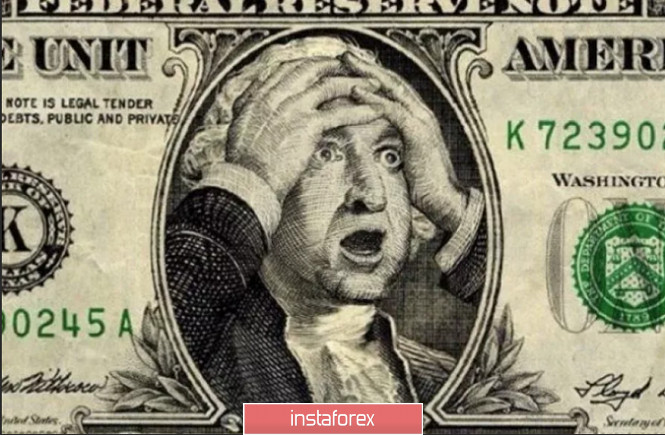 Dollar poses huge threat to the gold market this coming week, warns market analysts. This is because last Friday, dollar rose amid strong data on the US labor market, that is, almost 1.4 million new jobs in August, which, accordingly, resulted in a drop in unemployment rate by 8.4%, and an increase in wages by 0.4%.

For some, this recent surge in dollar demand is not a big surprise. The dollar has already "matured", so it is high time for the currency to "move right now."

Thus, Adam Button, chief currency strategist at Forexlive.com, said that although he expects gold to continue to consolidate in the market in anticipation of more information on potential stimulus measures, good economic data in the United States could significantly affect these expectations.

"Falling unemployment in the US makes it less likely that the Fed will deliver a dovish rhetoric this month," Button said. "Accordingly, the demand for the US dollar will remain, and such will limit the growth of gold."

However on Friday, Fed Chairman Jerome Powell said that even though the US employment report for August was good, highly flexible monetary policy will be maintained for a very long time, probably for many years to support recovery after the crisis and recession.

"I would say that today's employment report is good. However, we think that the economy will need low interest rates to support activity over the long term," Powell said.

With regards to Europe and the EUR/USD pair, while improved economic data will provide some support to the US dollar, most analysts warn investors to pay attention to external factors, in particular to the European Central Bank's monetary policy meeting due this September 10.

This is largely due to the strong price movement in dollar and gold after ECB member, Philip Lane, said that the euro's strength against the US dollar matters.

"The ECB needs to push inflation so that it can take additional stimulus measures," Bill Baruch of Blue Line Futures said. "This will push the euro down and the dollar up," he added.

Meanwhile, economists at Nomura (Japan's largest brokerage) said that they are not confident that the ECB would yet respond to disappointing inflationary pressures, but if they did, it would have been stimulus measures rather than rate cuts since the ECB already has zero interest rates.

Eugen Weinberg, head of commodity research at Commerzbank, also supported this claim, saying that he expects the ECB to introduce additional stimulus measures, and that such is only a matter of time.

As for other banks, the Bank of Canada will hold a monetary policy meeting on September 9, during which the central bank may decide to follow the footsteps of the US Fed and announce a change in inflation targeting.