Dollar hovered around due to conflicting factors. A local decline in the AUDUSD and NZDUSD pairs is expected

Friday's US employment data showed how difficult it is for the US labor market to recover, and hence the country's economy. The relentless storm of the pandemic shows a surge of growth, which forces local businesses to be inactive in hiring new workers due to the decline in business activity.

Labor market data presented on Friday turned out to be worse than expected. The number of new jobs in the non-agricultural sector of the US economy in August increased by 1.731 million against the forecast of 1.4 million and the July value of 1.734 million, which was revised downward from 1.764 million.

In view of this negative news, the US stock market continued its decline, which began on Thursday, but the dollar did not rise or fall. In fact, following the results of Friday's trading, it slightly declined to the basket of the main ones and even the strongest growth in the yield of US Treasuries could not support its rate. Therefore, the benchmark yield of 10-year Treasuries rose from 0.628% to 0.721% by the end of Friday's trading.

What should we expect?

In our opinion, the dollar's behavior can be explained by the influence of multi-directional factors. On the one hand, it was really supported last week on the wave of its strong technical oversold. Investors were closing positions in major currencies that were significantly overbought against the dollar. This primarily applies to the euro, British pound, yen and the Australian dollar. However, the Canadian and New Zealand dollars also declined by the end of the week. On the other hand, a sharp rise in the yield on US Treasury government bonds supported the US currency, preventing it from collapsing on the wave of negative employment data.

Given the impact of the new monetary policy, which was previously announced by J. Powell, the dollar has no prospects for growth, but it's still oversold against major currencies, which will hold back its strengthening. Thus, we believe that the overall picture of the past week will continue in the coming week. The dollar may rise further against commodity currencies, but unlikely against the euro, pound, franc, and yen.

Today is a public holiday in the US, Labor Day. Due to this, local markets will be closed, so some activity will only be expected during the European trading session.

The AUD/USD pair is consolidating above the level of 0.7270. A decline below this level will lead to a further decline to 0.7195.

The NZD/USD pair is also consolidating on the wave of the US holiday. Thus, we believe that if it declines below the level of 0.6685, it will fall to 0.6650. 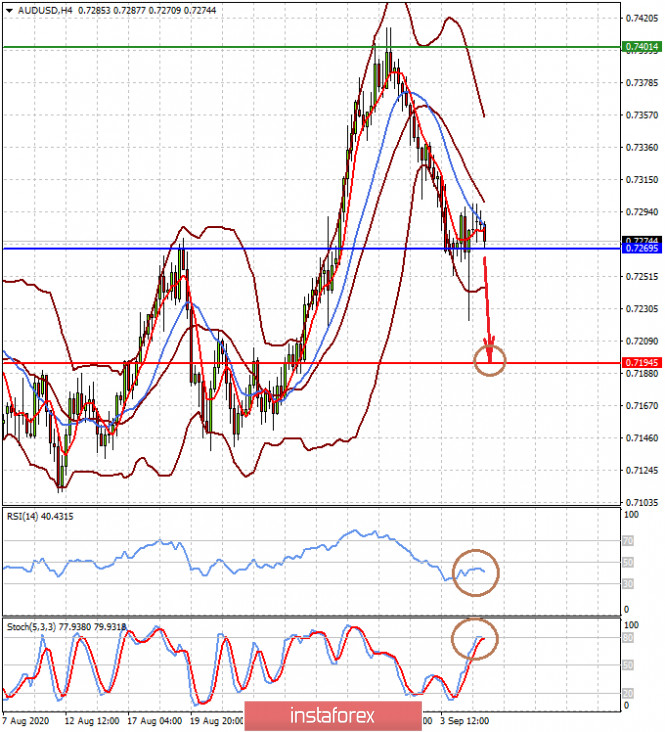 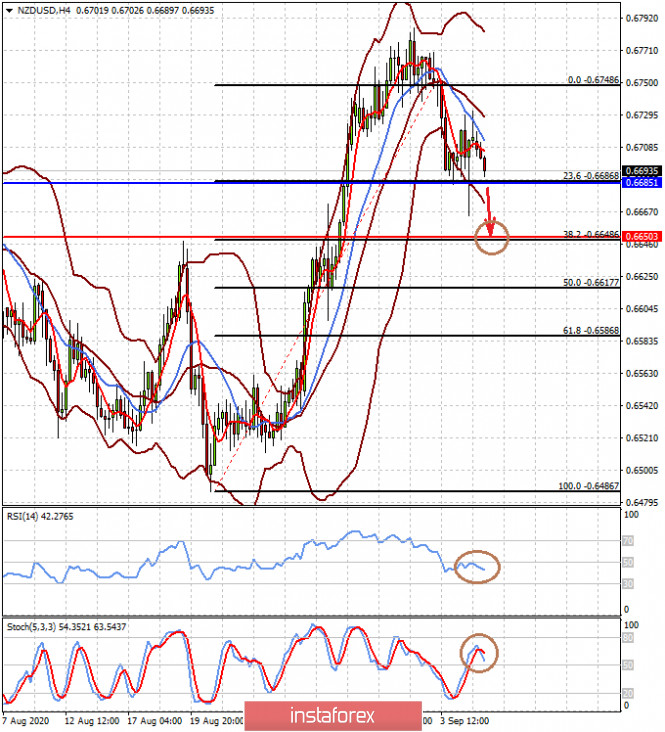 Interesting? Write a comment below.
 #Dollar hovered around due to conflicting factors. A local decline in the AUDUSD and NZDUSD pairs is expected
Forward 
Backward 