Euro aims to bypass the US dollar 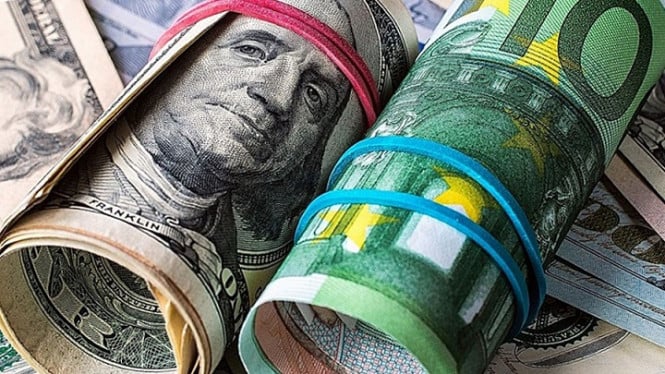 Another rally of the EUR/USD pair is being experienced in the market, triggered by the inspiring rise of the Euro. Against the background of the falling USD, the euro is trying to take the lead in the pair. However, the dollar does not yield, as it breaks through to the top from time to time.

By the end of this week, experts recorded an increase in the rally of the US currency. Analysts believe that one of the main reasons for the dollar's strengthening is the unclear prospects of a new medium inflation targeting regime in the United States. The Fed notes that this uncertainty is due to the lack of suitable instruments that can raise inflation and analyze the consequences of its rise. At the moment, only fiscal measures are helping to raise inflation. In this regard, J. Powell, supports the strengthening of such measures. However, Fed's officials believe that the US economy will plunge into recession without significant fiscal support.

Technically, the US currency remains vulnerable in view of the regulator's aggressive stimulating monetary policy and uncertainty ahead of the US presidential election.

The failures of the US dollar gave a chance to the European one. Taking advantage of the weakening USD, the euro decided to move to the next highs. Its attempts were successful, which led to a temporary leadership against its rival. As this week began, the EUR/USD pair entered a downturn, breaking the key support level of 1.1720. At the same time, experts did not record a deeper decline in the pair. On the contrary, during yesterday's start of the trading session, the indicated pair resumed its growth and tried to break through the level of 1.1720. But today, it is trading near the extreme lows of 1.1655-1.1656 and so experts admitted that the pair will further collapse.

It is difficult for many analysts to know how the rally between the EUR/USD pair will end, but they do not exclude its correction in the near future. Currency strategists at TD Bank recommend using pair recovery attempts to open short positions. Its analysts also expect a correction of the EUR/USD pair and its departure to the extremely low level of 1.1550. 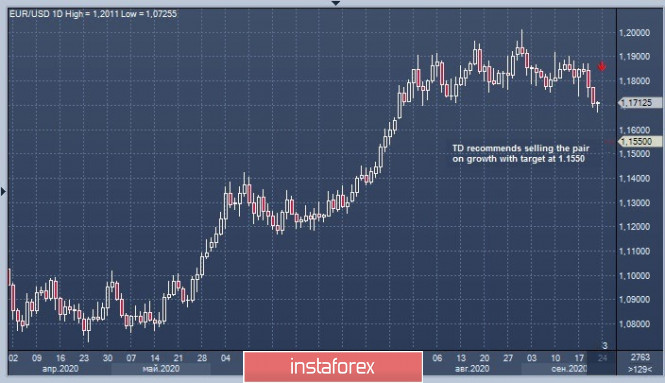 Among the reasons for the confusing rally in the EUR/USD pair, the bank's strategists note a decline in investor optimism about a possible tightening in quarantine measures related to the COVID-19, as well as doubts about an early recovery of the global economy. What's worsened the situation is the negative data on business activity indices in the euro area services. Despite the disappointing statistics, the Euro is not going to give up. However, the current deterioration of the situation may disappoint the "bulls", who have significant investments in the European currency and are in long positions. In this regard, TD Bank experts prefer short positions for this pair.

According to experts, the further dynamics of the classic pair will depend on a number of factors, including the fight against COVID-19 and the possible adoption of additional measures to stimulate the US economy. Many market participants are confident that if new fiscal incentives are introduced, the dollar will be under pressure. In a similar situation, the euro will win, which will try to overtake its opponent once again.