EUR/USD. Brexit-2: "ItExit" and "NExit". Italy and the Netherlands can still follow the example of the UK. 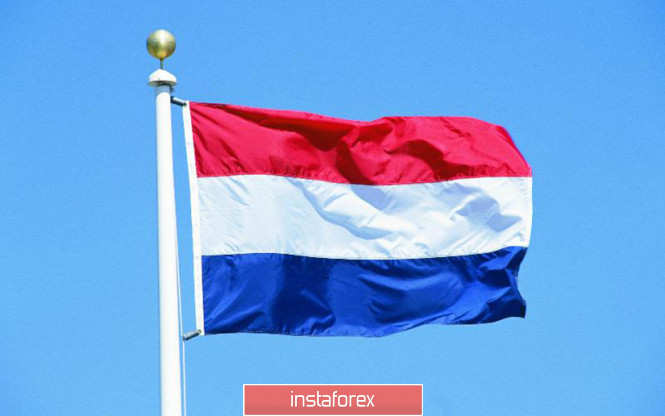 In recent months, most of the news flow is coming from America, however, we cannot say that no important and significant messages are coming from the European Union. For example, until recently, the EU was at the center of a serious process in which all 27 member states of the alliance tried to agree on the economic recovery fund and the budget for 2021-2027. However, the amount of news that is available recently in the States crosses out the rest of the fundamental background. We have already talked about all the difficulties, problems, and crises that the United States faced in 2020 more than once. Today we propose to focus on a potentially serious problem of the European Union. A problem called ItExit (similar to BrExit). More recently, amid discussions by EU member states on the recovery fund and its distribution, there were rumors that Italy might initiate a "divorce" from the European Union. Back then, the Italians claimed that wealthier European countries that were less affected by the "coronavirus" pandemic refused to help them and other hard-hit countries on a gratuitous basis. Thus, some political leaders in Italy put the question as follows: "Why the need to stay in the EU at all, if the EU does not help at a difficult moment?" We can discuss this issue for a very long time. On the one hand, Germany, Austria, and the Scandinavian countries have repeatedly accused the Italians and French of excessive waste and uneconomical living. It is also unclear why more financially stable countries should simply give tens of billions of euros to Italy, Spain, Poland, and others. On the other hand, Italy is not obliged to remain in the EU. If its political forces believe that it is time to go in different directions, and in the next elections in 2021, these political forces will be supported by the Italians themselves, then the country has every right to follow the example of Great Britain. At the moment, this issue has subsided, since Italy still received free assistance. However, anti-European views have been maturing in Italy for a long time. For several years, some political parties are beginning to look towards separation from the EU, and only the 2021 elections will show how much the Italians themselves want the same. The main thing here is that it doesn't work out the same way as with the UK. We have nothing against the very exit of any country from the bloc, however, the absolute majority of the country's residents should vote for this option.

The same applies to the Netherlands. It is noted that anti-European sentiments and views have been maturing in the country for quite a long time. Amsterdam is not happy with the migration and financial policy of the European Union. However, the advantages of European integration still outweigh the disadvantages, so the process of a new "divorce" is not yet launched. On the issue with the Netherlands, the last straw may just be the EU summit, which resolved the problems with the recovery fund and the budget for 2021-2027. It's simple. The Netherlands was "on the other side of the barricades" from Italy, Spain, and other "southerners" or "spenders". Amsterdam believes that the seven-year budget is too expensive (recall that the European Parliament believes that the budget is too meager), and the plan to save the EU economy supports countries that spend a lot and require a lot of help from the EU itself. Dutch Prime Minister Mark Rutte believes that countries such as the Czech Republic, Estonia, Hungary, Italy, Greece, Spain, Latvia, Lithuania, Romania, Slovakia, Cyprus, and Portugal are interested in remaining in the EU. According to many experts, the last EU summit showed how much opinions differ between its 27 participants, and that national interests almost always prevail over common ones. Simply put, none of the "prosperous countries" wanted to just give away tens of billions of euros from their treasury. However, this is the option that the European Council insisted on and this option was adopted in the end. However, the fact that the Netherlands, Scandinavians, Germany, and Austria supported this option does not mean that they were satisfied with everything.

There is a political force that can implement NExit in the Netherlands. This is the "Freedom Party" with its leader Geert Wilders, who in 2014 called for leaving the European Union. That is two years before the UK referendum. "NExit is the best thing that can happen. We would be masters of our country again. We would be holding the key to all our doors again," Wilders said in an interview. The Prime Minister himself in 2014-2017 was not particularly zealous in supporting the exit from the EU. However, now that relations between many members of the alliance have been reduced to calculations of "who, to whom, how much", its eurosceptic mood has increased. The Netherlands, according to opinion polls, also support leaving the EU. A few years ago, this option was supported by about 56% of respondents. Now that the Netherlands has had to hand out grants to a whole list of countries, we can be sure that the number of eurosceptics has increased even more. It is also noted that Amsterdam is very dissatisfied with the quotas for refugees that the European Union has determined. The Netherlands has a fairly high population density and a small territory, so it is more difficult than others to accept refugees.

Although two new "Brexits" are already brewing in Europe, European political analysts believe that in the next few years or a decade, all members of the "lean four" can follow the example of the UK. We are talking about Sweden, Denmark, and Austria, which also opposed "coronabonds" and the free distribution of money to the most affected EU countries. Later, these countries were joined by Finland, which also had to support the decision within the framework of the notorious summit, according to which the country will have to invest free of charge in restoring the economies of European spenders. In general, the European Union still looks more or less stable. In the last three months, the European currency has strengthened quite a lot compared to the US dollar, and we can not say that it is completely groundless. There hasn't been much negative news from Europe lately. But in the future, the EU may face serious geopolitical problems, which is hardly possible, for example, in the United States. 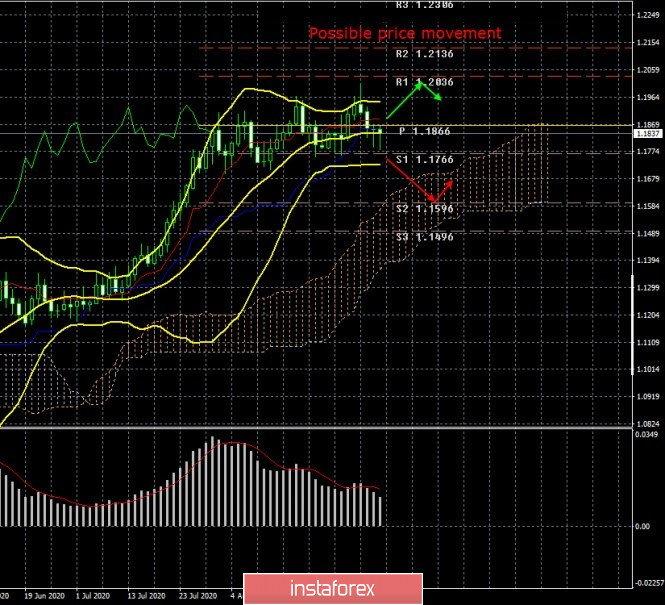 The technical picture of the EUR/USD pair on the 24-hour timeframe shows that the semi-flat movement continues in recent months with a minimal upward slope. Thus, formally, purchase orders remain more relevant, since there are no technical grounds for selling the currency pair at all (on the current timeframe). At the same time, buyers are cautious when opening new longs.

Interesting? Write a comment below.
 #EUR/USD. Brexit-2: "ItExit" and "NExit". Italy and the Netherlands can still follow the example of the UK.
Forward 
Backward 