EUR/USD. Interim results of the trade war between China and the United States. 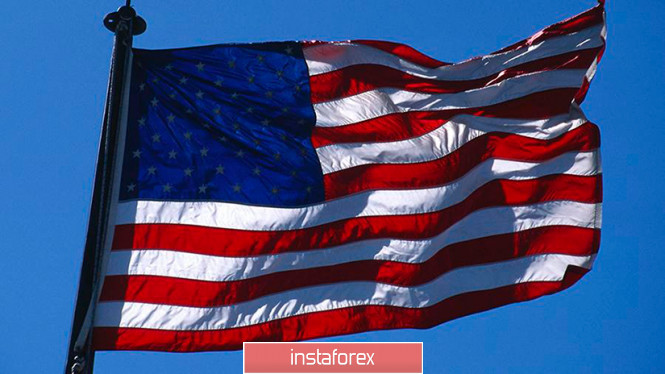 In recent weeks, the topic of the trade confrontation between Beijing and Washington seems to have been put on pause. Although this confrontation is no longer purely commercial. Washington and Beijing close consulates and representative offices, constantly accuse each other of illegal actions, conflict over Hong Kong, and after the entire world was engulfed by the "coronavirus" epidemic, relations between the two largest economies in the world finally deteriorated. Now it is unclear in which direction the US-China relations will continue to move. Obviously, in the coming months, as long as Donald Trump remains President of the United States, there is absolutely no point in waiting for relations to improve. Negotiations on the "second phase" of the trade deal are not even underway. After all, it would be beneficial for both Beijing and Washington to sign a new trade agreement, remove some more duties, and trade more profitably. However, since the beginning of the year, Washington has held a grudge against Beijing and cannot be denied the validity of these claims. It is still unclear how the Chinese virus broke free. The official version says that it was released absolutely by accident. However, we have repeatedly drawn the attention of traders to the fact that in China itself, according to official data, the number of infected people is extremely small. Taking this factor into account, the question arises: how did it happen that the losses for China are so low? Either the Chinese government is carefully hiding the real numbers or the case is not clear. If option number 2 is true, then you can assume anything further. On this assumption, it is quite possible to write a fantasy novel. Unfortunately, there is only a part of the fiction. We would not be at all surprised to learn that China was purposefully preparing to release the virus and was ready for it. Perhaps, in some sophisticated way, they vaccinated those parts of the population that could have been infected in the first place. Perhaps they localized all the places where the "coronavirus" was raging very quickly because they were ready for it. One way or another, there is a strong impression that China was ready for anything. Washington and the rest of the world cannot fail to understand this. However, you can't make official claims to China, because you need proof. And there is no proof. Thus, the whole world will now have to live in new conditions and new realities.

Going back to US-China relations, we can now draw some conclusions about who benefited from this trade war. Recall that it began in 2018 when no one knew about any "coronavirus" yet. By and large, we need to understand only one question: how do Americans feel about the trade war itself? how do they see the confrontation between China and the United States? It is no secret that the opinion of the population is important, especially when the presidential election is about two months away. Here, we have repeatedly drawn attention to the fact that most ordinary people absolutely "don't care" who conflicts with Washington. They are interested in the economic situation in the country, whether there is a job, whether salaries are high, and how well they live in the current conditions. Thus, after the US-China trade war began, it is safe to say that life has become worse for Americans. All duties and trade restrictions are always passed on to ordinary producers and consumers. The White House increases duties on imports from China, Chinese goods become more expensive, and ordinary Americans pay more for them. China imposes restrictions or duties on any goods from America and American manufacturers suffer, which now finds it more difficult to sell their products. In any case, ordinary people, employees, families, and businesses suffer. And it is these people who will have to decide on November 3 whether to vote for Donald Trump, who ignited this war? According to the latest opinion polls, 60% of the US population does not approve of Trump's trade war with China. We have already written above that trade flows between countries have decreased, so there is no obvious profit from the trade war. Yes, China has started to buy more agricultural products, but most of the duties and trade restrictions that apply in both directions remain in force. And we have already figured out that it is ordinary Americans who suffer from any duties and restrictions. Trump has also repeatedly stated that the trade war with China has specific goals. The first is to reduce the trade imbalance. The second is the return of American production to the United States. For the second goal, there is nothing to say, since none of the major companies have returned to the United States, no matter how Trump promised them tax breaks and threatened to introduce higher taxes. The first goal is only partially achieved. It has not been achieved, and this is proved by referring to banal statistics. Open the US trade balance section and look at the data for the last 5 years. Until 2018, the US trade deficit was up to $ 45 billion a month. However, most months ended in the red by about 40 billion. After January 2018, the trade deficit increased to -50 billion, -55 billion, and in July 2020, for the first time in a long time, it reached -64 billion dollars. Now, what was the point of this trade war in principle, if the trade deficit only increased? Maybe it has decreased in terms of trade only with China, but in general, it has increased! And now we add to this the rise in unemployment, the fall in GDP by 32% in the second quarter, mass protests and rallies, the political crisis, the inability of Democrats and Republicans to work as a team, the epidemic of "coronavirus", which continues to infect 40 to 50 thousand Americans every day, and we get that the results of the presidency of Donald Trump are very depressing. And it will be a miracle if he is re-elected for a second term. 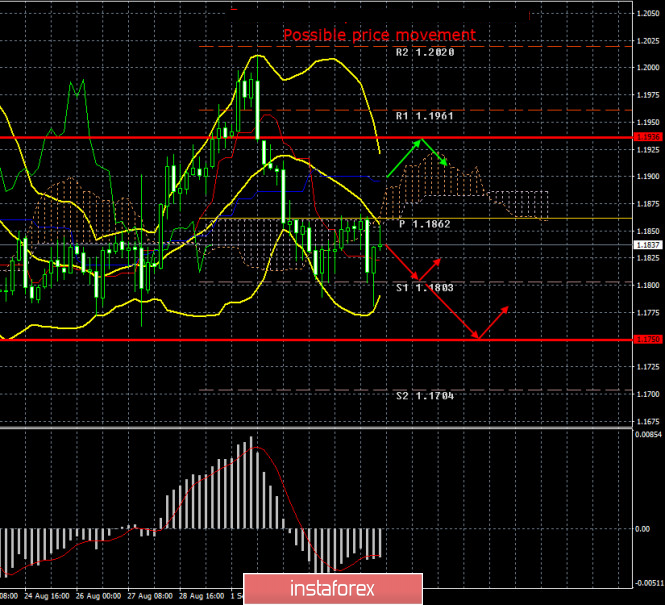 The technical picture of the EUR/USD pair shows that the price continues to trade in the side channel of $1.17-$1.19, occasionally making attempts to exit it. A slight upward bias is present, however, it is not a trend. At this time, there is a sell signal from Ichimoku, however, the quotes failed to gain a foothold below the level of 1.1803. Thus, further downward movement is called into question.

Interesting? Write a comment below.
 #EUR/USD. Interim results of the trade war between China and the United States.
Forward 
Backward 