The dollar index is growing: the results of the September fed meeting were in favor of the US currency, even though, mainly, the regulator did not sound any "hawkish" signals. But the market interpreted the rhetoric of the Central Bank members in its own way, taking the split of opinions as a reason for strengthening the dollar. It turned out that not all members of the Committee support the "party policy" because some of them require a more flexible approach to the level of interest rates. On the other hand, the point (median) forecast was not in favor of greenback: it assumes that the key rate will remain at 0.1% until the end of 2023. At the beginning of the summer, the statement was different as they claimed at their June meeting that it's going to be "until the end of 2022".This is clearly a "dovish" signal, which the market simply ignored focusing on other aspects of the September meeting.

In General, the Federal reserve left all the parameters of monetary policy unchanged. There were no surprises here because all members of the open market operations Committee voted for this decision. But their further discussion somewhat surprised market participants. The bone of contention was the key phrase of the accompanying statement which looks like this: "... rates near zero will be maintained until labor market conditions are consistent with full employment and annual inflation accelerates to the two percent target level and aims for a moderate excess of this mark." 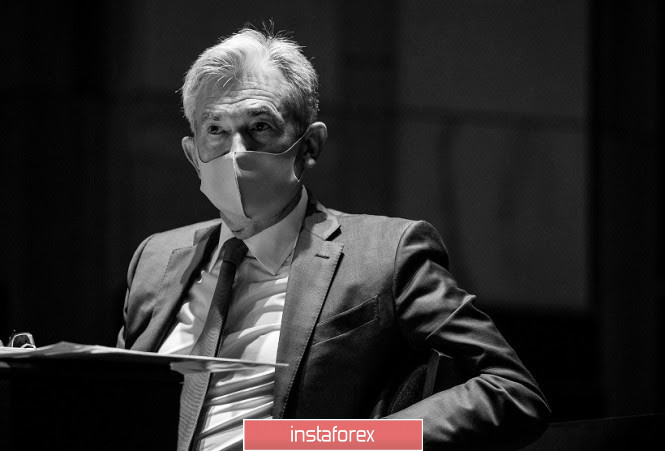 Two fed members, Kaplan and Kashkari, disagreed with this statement and their positions are directly opposite. So, the head of the Federal reserve Bank of Atlanta, Robert Kaplan, said that the Federal reserve should maintain a "more flexible approach" in raising interest rates. He opposed the designation of a specific leading indication. While the President of the Federal reserve of Minneapolis, Neil Kashkari (who is considered a consistent "dove") called for "guaranteed" to maintain the current level of rates until core inflation shows a steady trend above the two percent target level.

The market listened to Kaplan, interpreting signs of a split in the fed camp in favor of the US currency. In addition, the Federal reserve revised its earlier (summer) forecasts, stating "a more rapid improvement in the labor market situation in the summer period." Fed members noted that the unemployment rate is going at a faster pace, although this is partly due to the fact that fewer Americans are currently looking for work. However, Jerome Powell acknowledged that the number of initial applications for unemployment benefits fell very sharply relative to the spring values. At the same time, the indicator continues to remain either at the same level or gradually decreases, as per the head of the fed.

Not without the topic of coronavirus. The text of the fed's accompanying statement indicates that the future trajectory of the economy will largely depend on the development of the epidemiological situation in the States. Members of the regulator recognized that the ongoing coronavirus crisis will continue to put pressure on economic activity, employment and inflation in the United States. COVID-19, according to the Central Bank carries key risks for the economy in the medium term.

On the other hand, statements like this should put indirect pressure on the dollar since the situation with the coronavirus in the States remains quite difficult. But the fact that yesterday the President of the United States Donald trump has made a resonant statement on the matter. He said that vaccination of American citizens against COVID-19 will begin in October this year. According to him, by the end of this year, they plan to produce 100 million doses of the vaccine.

As a rule, the market is doubtful of such statements by the head of the White house especially in light of the presidential campaign. The American press even expressed concerns that Trump could put pressure on the relevant regulator to approve the vaccine before the presidential election which will be held on November 3. Furthermore, the forecasts of the chief infectious diseases specialist of the United States, Anthony Fauci does not sound so ambitious. In his opinion, the coronavirus vaccine can be approved closer to the end of the year, and will become widely available only next year.

However, Trump's statement yesterday provided indirect support for the dollar. The developers of the vaccine, mainly assured journalists that they will not sell the vaccine for approval until they are convinced of its safety and effectiveness.

Thus, the American got a temporary respite. The results of the September fed meeting did not sink the dollar but did not reverse the trend. The current price dynamics should be considered as a correction, since the effective Federal reserve has taken a "dovish" position while moving the hypothetical date of the rate increase another year ahead. Kaplan's game was somewhat surprising but this fundamental factor will have a short-term impact. If we were going to talk about the Euro-dollar pair, the bears are testing the support level of 1.1750 (the lower line of the Bollinger Bands indicator on the daily chart). So far, it has been unsuccessful because the downward trend movement is gradually fading and it is becoming more difficult for sellers to put pressure on the price. It is possible that during the European session on Thursday, the bears will still push this level. But in my opinion, the downward movement will be limited as it is unlikely that EUR/USD will overcome the next support level of 1.1690 (the upper limit of the Kumo cloud on D1). Therefore, in this price area, we can consider longs with the first medium-term goal at 1.1830 (the middle line of the Bollinger Bands indicator on the same time frame).