At least in the context of the foreign exchange market, last weekend was relatively calm. Therefore, the Asian session also passed quietly and unnoticed this Monday - at the start of trading, key pairs were trading in the same direction as on Friday. The dollar index tried to develop growth, reaching 93.33 points, but was almost immediately turned down, heading to the base of the 93rd figure. Even despite the relatively good data on the growth of US inflation, which was published at the end of last trading week, traders are still wary of the greenback. The dollar bulls were not helped by the "green numbers." Although the CPI indicators came out better than expected, they did not reflect a breakthrough increase in inflation. At the same time, the dollar is under the yoke of other fundamental problems. 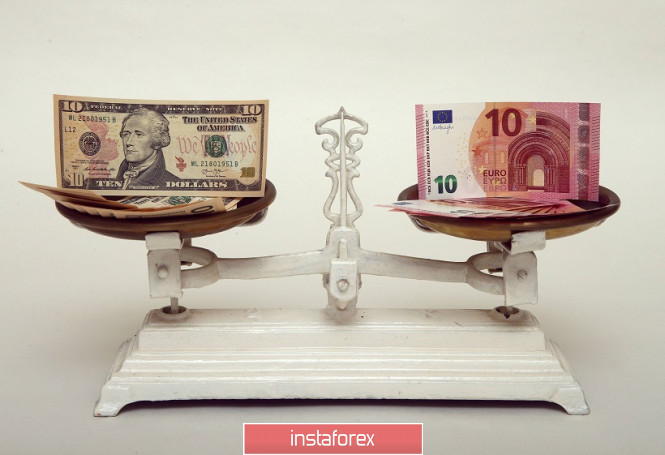 Because politics is currently at the forefront, the US currency is gradually "included" in the pre-election regime, reacting more sharply to opinion polls, political scandals, comments, and statements. The third of November, when the US elections will be held, is not far off - but there is still no clear favorite for the presidential race. In particular, according to recent polls, former US Vice President Joe Biden has widened the lead over incumbent President Donald Trump. According to the Financial Times, the democratic leader can collect 269 electoral votes, while the Republican leader - only 122. However, there is one "but" here. The fact is that nine States in the country have not yet decided who they will vote for, and they make up a total of 147 electoral votes. Therefore, it is still very early to talk about a Biden victory, given such a significant number of undecided. The factor of political uncertainty puts background pressure on the greenback, not allowing the currency to "spread its wings" even if there is a good reason.

It is also worth recalling that the US Senate failed to vote on a bill that provided for the allocation of $ 300 billion to overcome the negative consequences of the pandemic last Thursday. This vote was significant, since the Senate is controlled by Republicans, whose representatives, in fact, put this bill on the agenda. However, only 52 senators supported it, while 47 opposed it. There was even one Republican among those who voted against it. This result made it clear that the US economy will remain without additional financial assistance in the near future.

The Democrats insist on passing their bill, which is 10 times the size of the Republican one ($ 3 trillion), while Republicans consider it too expensive. Furthermore, Trump warned a few months ago that if the 3-trillion-dollar law is still passed, he will use the presidential veto power to block its signing. Representatives of the Democratic party, on the contrary, believe that the $ 300 billion bill is scanty and serves as a "patch," rather than a comprehensive aid. As a result, "things are still there" - the issue of helping the economy is mired in a swamp of political battles in the run-up to the presidential election. Meanwhile, the head of the Fed regularly focuses on the need for additional financial injections, given the weak pace of economic recovery in the country.

This week (September 16) the US Federal Reserve will announce the results of its September meeting. The dollar is behaving cautiously for this reason as well. Let me remind you that during the economic Symposium in Jackson hole, Jerome Powell announced that the regulator has revised its monetary policy strategy. In doing so, it signaled a longer period of low rates. Now, for the sake of employment, the Central Bank will be more tolerant of inflation, allowing it to increase above the target two percent level. The market expects additional comments from the Fed on this issue - in particular, how high the regulator will "allow" inflation to climb. Last week, the comments were made by the head of the Federal reserve of Atlanta, Raphael Bostic. According to him, if inflation "does not exceed the Fed's target level by a large amount, we can just wait and do nothing, "tracking the dynamics of other key macroeconomic indicators. It is obvious that at the end of the September meeting, traders plan to hear clearer guidelines from the head of the Federal Reserve. Therefore, until Wednesday, traders of dollar pairs will trade "with an eye" to the upcoming meeting of the US regulator members. 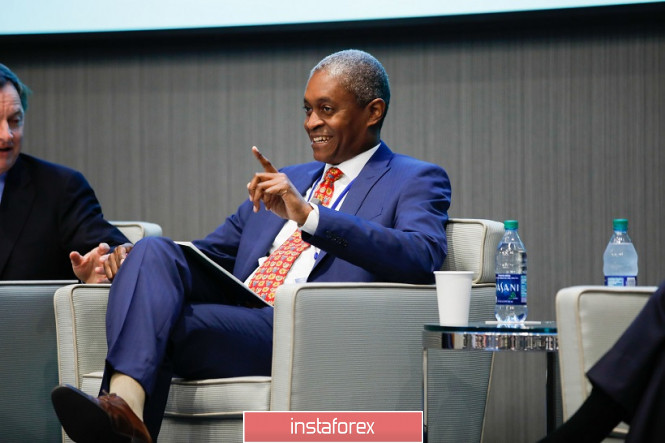 On this account, the dollar is now hung with a kind of "anchors" that do not allow it to develop more or less large-scale growth - even if there are reasons from macroeconomic statistics. The dollar index continues to fluctuate in the range of 92.30-93.30, where it has been since the beginning of August.

Meanwhile, regarding the Euro-dollar pair, there is also a flat. The pair stayed within the 18th figure due to the optimistic and restrained position of the ECB and against the background of weak positions of the US currency. But further growth is questionable because of Brexit. The controversial bill, which essentially crosses out one of the points of the deal, has been submitted to the House of Commons for consideration - and a vote is due this week. Speaking to the British Parliament on Friday, Johnson urged MPs to approve his initiative, despite harsh criticism from Brussels.

Britain and the EU have also affected the Euro, following the upsurge of the political conflict between the two of them. So, the EUR/USD pair's growth will be limited until the situation is resolved. But if the British parliamentarians fail the vote (which I personally do not doubt), the pair will "shoot" to the nearest resistance level of 1.1930 (the upper line of the Bollinger Bands indicator on the daily chart).