EUR/USD. US dollar is increasing in price, while Euro is heading downwards

The US dollar index continues to ascend. During the Asian session on Thursday, the indicator reached 94.47 - the last time it hit such heights was two months ago, at the end of July. The upward trend of the greenback has been observed since September 17, and this dynamic is stable and consistent. Many factors that recently put pressure on the US currency have become its allies and are now participating in its growth. For example, the coronavirus factor again "switched to the side" of the greenback - the surge of the incidence in many countries of the world played into the hands of dollar bulls, as the American dollar returned to the status of a protective asset. At the same time, in the States themselves, the COVID-19 spread and mortality rates are gradually decreasing (despite remaining at a high level). For comparison, at the height of the pandemic during spring, more than two thousand people a day died from COVID-19 in the United States, while at this moment, this sad figure is about 700-800 people. Although the United States ranks first in the world in terms of the number of deaths from COVID-19, some countries in Europe and Latin America still record more deaths per capita. 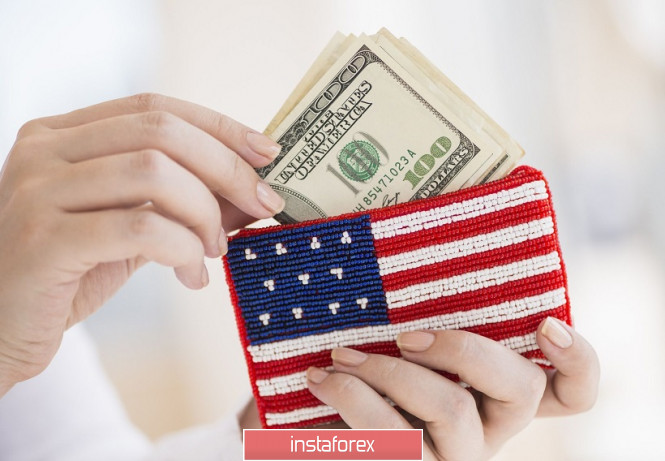 In the context of the "coronavirus factor," the dollar is also supported by Trump's promises regarding the development of a COVID-19 vaccine. The current US President assured the Americans that the corresponding drug will be approved and put into mass production by the end of this year - allegedly, 100 million doses of the new vaccine will be created by January 1. On one hand, his words here can be considered as merely a pre-election PR. On the other hand, specialized American experts do not refute such a pleasing scenario, although they "shift" the time frame for several months ahead. As you know, the White House initiated the implementation of a program called "Operation Warp Speed." The Trump administration has pledged to deliver 300 million doses of the approved vaccine by early next year.

Meanwhile, quarantine restrictions are being tightened in continental Europe. Great Britain, France, Spain, the Czech Republic, and Germany are at the forefront of these events. In particular, in Britain, the maximum increase in coronavirus cases since May was recorded the day before. The daily increase is estimated in thousands, causing alarm to both medical professionals and traders. Negative dynamics continue in many European and Asian countries. The tightening of quarantine measures will negatively affect the recovery of the global economy, which was already recovering at a rather weak pace.

The demand for the US currency has been provoked by such trends, which is again used by the market as a protective tool. In addition, dollar bulls have reacted to recent political events in the US. The house of representatives, controlled by the Democrats, "prematurely" agreed on the issue of funding the government, thus avoiding a shutdown. The corresponding bill was sent to the US Senate, but the Republicans are "ruining the show" there, so there should be no problems. Against this background, Treasury Secretary Steven Mnuchin announced that the White House continues to hold talks with congressmen on a bipartisan bill to provide assistance to the American economy. These words were also positively received by the market, despite the fact that the Minister has already voiced similar theses more than once. But in this case, Mnuchin's rhetoric sounded "at the right time in the right place." After the statement of the head of the Ministry of Finance, the demand for the US currency increased again. 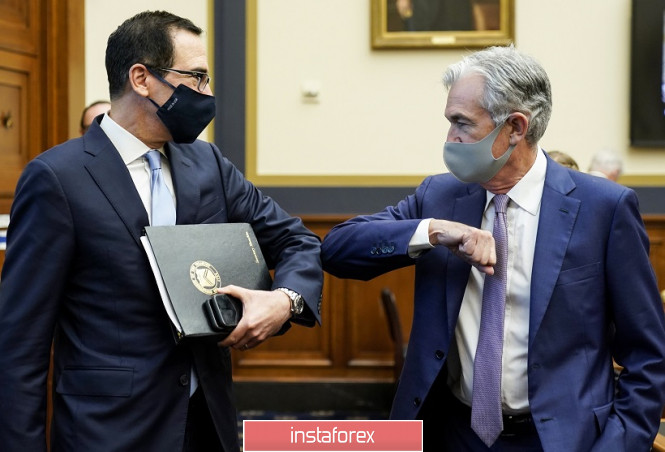 Short positions are definitely a priority in the euro-dollar pair. On the daily chart, the price overcame the lower line of the Bollinger Bands indicator and is now drifting within the Kumo cloud. The goal of the southern movement is the 1.1600 mark, which corresponds to the lower border of this cloud. There are no significant technical barriers to achieving this target. The 1.1600 mark is a key support level, since if it is broken, the Ichimoku indicator on D1 will form a bearish "Parade of lines" signal, indicating the prospects for a deeper fall – up to the 1.1490 mark, which corresponds to the average line of the Bollinger Bands indicator on the weekly chart. In addition, if buyers "lose" the 16th figure, any more or less large-scale growth will be used by traders as an excuse to open short positions. In principle, this trend is already being observed, but if it falls below the 1.1600 mark, this pattern will be more noticeable. Therefore, from the current positions, we can consider sales – at least, the path to the lower boundary of the Kumo cloud on D1 has already been "cleared."

Interesting? Write a comment below.
 #EUR/USD. US dollar is increasing in price, while Euro is heading downwards
Forward 
Backward 