The Australian dollar decided to take advantage of the US currency's temporary weakness on Thursday amid increased volatility at the ECB meeting, but the euro's growth was soon reversed and the aussie could only pierce the resistance of the MACD line on the daily chart. The aussie lost 25 points at the end of the day. The price moved down when the signal line of the Marlin oscillator reached the limit of the growth area, from which it reversed to the downside. 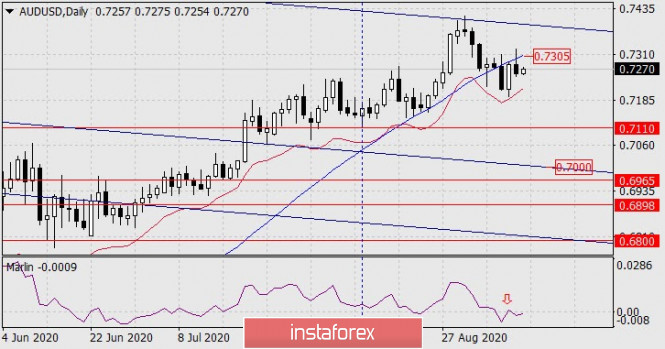 The price also pierced the MACD line on the four-hour chart, afterwards it tried to go under the balance indicator line. The Marlin oscillator is in the growing trend zone, we are waiting for it to return to the negative zone around the time when the price settles below yesterday's low of 0.7249. As this happens, the scenario makes it possible for the price to fall to an August 12 low of 0.7110. 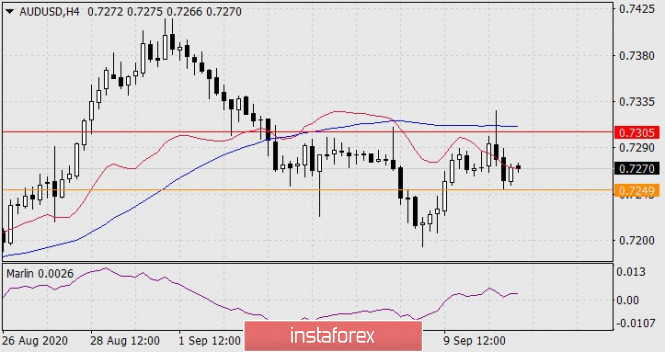