The Australian dollar attacked the resistance of the MACD line on the daily chart on Tuesday. The attempt failed, but the aussie ended the day gaining 13 points. If another attempt to break through the area above 0.7333 is made today, and it turns out to be more successful, the price will continue to rise to the upper border of the price channel at 0.7395. 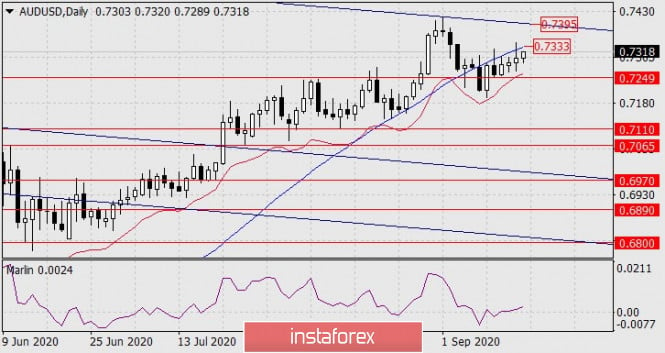 The main scenario is still going down. The signal line of the Marlin oscillator has entered the growth zone, but is experiencing obvious difficulties with increasing further. In the current situation, it reacts with a big change of falling. It is enough for the price to fall by 20 points for the signal line of the oscillator to be in the negative zone again. Setting the price below the first bearish target at 0.7249 (September 10 low) opens the target of 0.7110 (August 12 low). 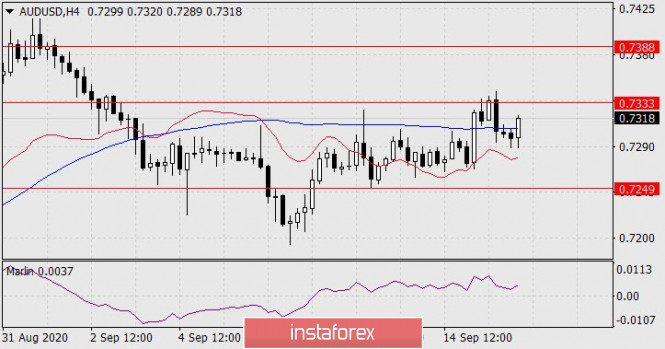 The price is moving along the MACD line, while the Marlin oscillator is neutral on the four-hour chart. Both indicators are not informative in the current situation. Only two levels are significant: 0.7333 and 0.7249, the price breakout of which will become decisive in the short term.