Yesterday's ECB meeting, as we expected, did not provide any surprises. The European Central Bank did not shock the public with a desire to control the euro exchange rate, refuse any targets, and only discussed the impact of the euro's current rate on the economy. The changes only affected the ECB's own forecast for GDP for the current year, which improved from -8.7% to -8.0%. There was no strong volatility in the market. The euro jumped by 110 points, but there was no significant reversal; the euro grew by 12 points by the end of the day. 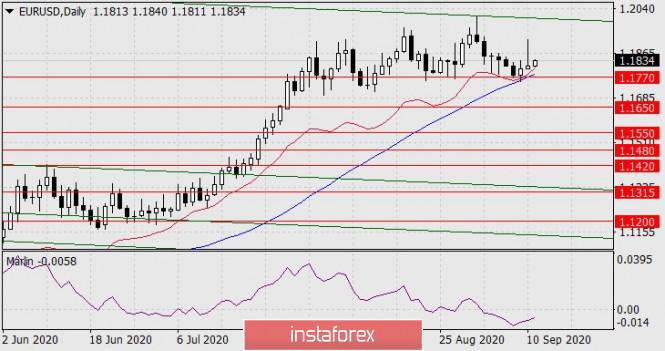 The MACD line has slightly increased on the four-hour chart, now the price needs to settle below the 1.1770 level in order to move towards 1.1650 and lower target levels. 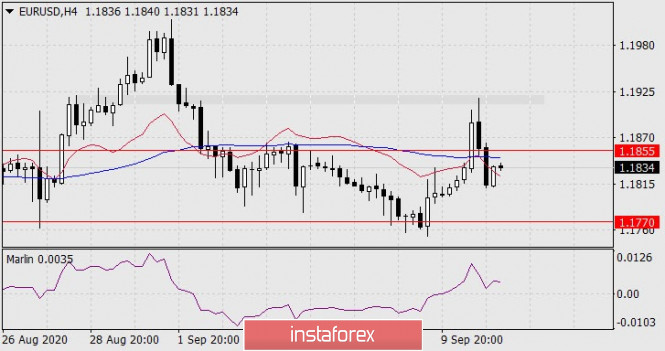 The price reached the second expected volatility level of 1.1920 on the four-hour chart, afterwards it fell and settled under the MACD line. The signal line of the Marlin oscillator is in the zone of positive values, therefore, preparing to fall further will take about two bars, that is, by tonight. Perhaps even longer. The 1.1770 level is strong enough. If there was no such attempt yesterday, the big players are unlikely to attack it today.

So, we expect a sideways trend today, in preparation for an attack on 1.1770 next week.