It seems that the euro has begun to justify our hopes for a reversal. On Tuesday, the price slightly fell short of the nearest target level of 1.2040 and, falling, formed a double divergence with the Marlin oscillator on the daily chart. The price returns to the range of uncertainty at 1.1710-1.1905. 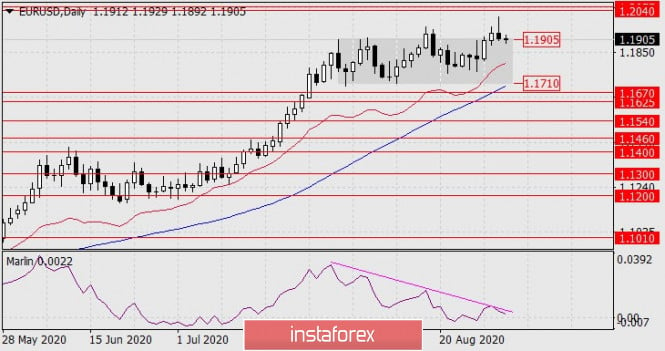 Now we expect the price to reach the lower limit of this range, which is approaching the MACD indicator line. After setting the price under the MACD line, the scenario of a medium-term decline for the euro will be revealed. 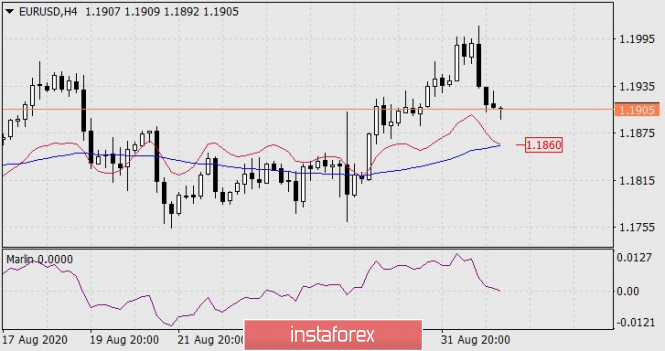 The four-hour chart shows that the Marlin oscillator attacks the border of the bears' territory, which increasingly shifts the trend to a decline further. This trend will be confirmed after the price settles under the MACD line at this time scale, below the 1.1860 mark.