The euro traded in a 44-point range last Friday, closing the day down by a few points. The signal line of the Marlin oscillator is turning down, which strengthens the declining market sentiment. It looks like the euro will not suddenly move up before a reversal into a medium-term decline. 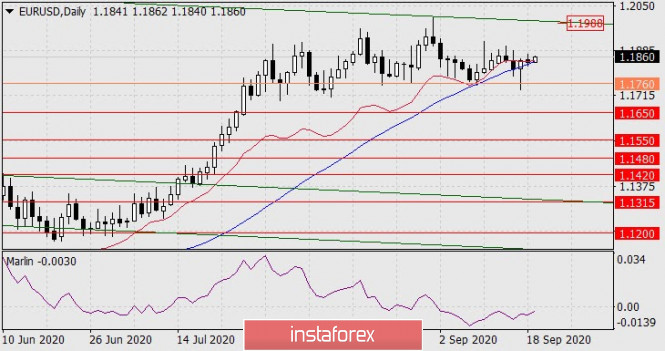 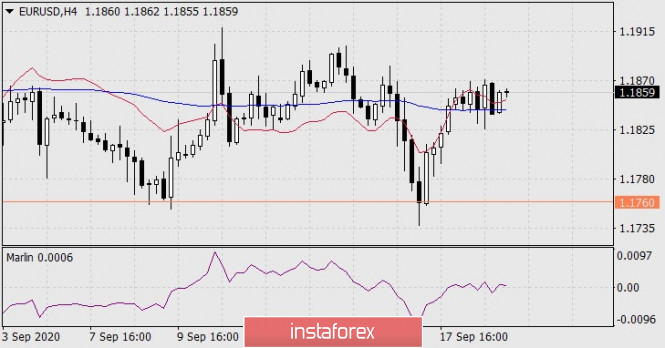 The price is also staying above the MACD line on the four-hour chart. At the moment, the MACD lines on the daily and four-hour charts are similar in value (1.1840), which further enhances the importance of price taking below this level. The Marlin oscillator continues to move sideways/horizontally along the neutral line. We are waiting for the price to settle under 1.1840, overcoming the signal level of 1.1760 and a succeeding decline towards 1.1650, 1.1550.

An alternative scenario assumes that the euro will rise to the upper border of the price channel at 1.1988, but on this path the price has two strong resistances set by the consolidation structure from the beginning of August, these are 1.1900 and 1.1960. The price can also reverse and move down from any of them. We are waiting for the development of events.