The euro was down by more than 60 points on Thursday, but then it increased in the evening and eventually ended the day by only losing two points. The reason for the correction was the weekly data on applications for unemployment benefits - the indicator showed 881,000 applications, which business observers considered a high value, slowing down the recovery of the labor market. But here we will take note of two points: the forecast was 955,000 and last week there were 1,011,000 applications, that is, there is definitely an improvement. An even more important factor is that unemployed people are in no hurry to look for a new job while they have compensation payments from the government. Relatively speaking, the labor market does not experience a shortage of workers; it will fill up as the economy further opens. Today's employment data for August will show a more objective market reaction. The forecast for the unemployment rate is 9.8% against 10.2% in July, 1,375,000 new jobs are expected in the non-agricultural sector. These are good numbers and we expect the dollar to strengthen. 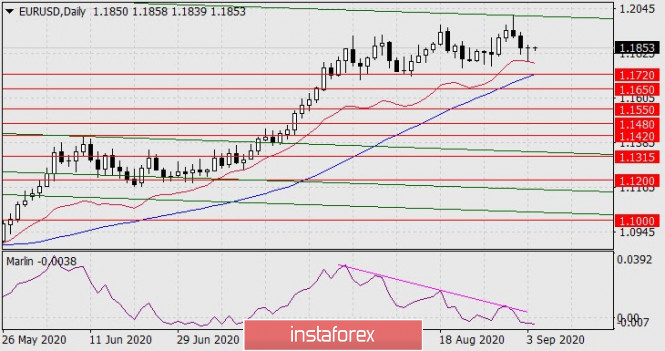 The daily chart shows that the balance indicator line stopped yesterday's decline – the market has not yet decided on a clear trend change, but there is such a possibility today. The Marlin oscillator settled in the zone of negative values. 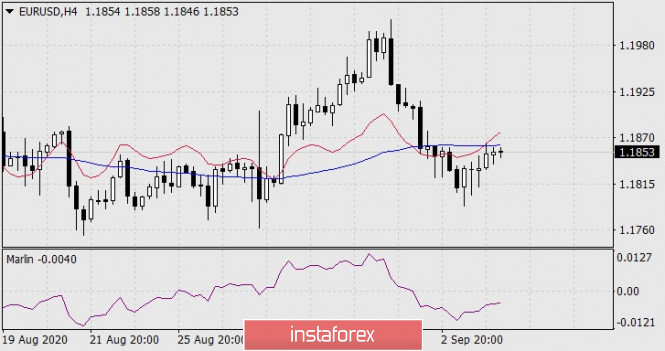 The four-hour chart shows that the price is under both the balance line and the MACD line. Marlin is also in the bearish zone. We are waiting for the price to reach the first target of 1.1720 – on the daily MACD line.