The euro fell by 24 points on Monday amid a thin market, in anticipation of two events: a new stage of talks between the EU and the UK and the European Central Bank meeting, which will be held on Thursday. We do not expect any optimism for both events; London is even preparing a temporary bill that rigidly regulates negotiations, pushing the UK to leave the bloc without a deal. ECB officials are rumored to issue weak forecasts for the economy, of course, without changing the current policy. If the ECB finds no reason for optimism, or even becomes neutral, the euro will continue to weaken under the pressure of the general market. 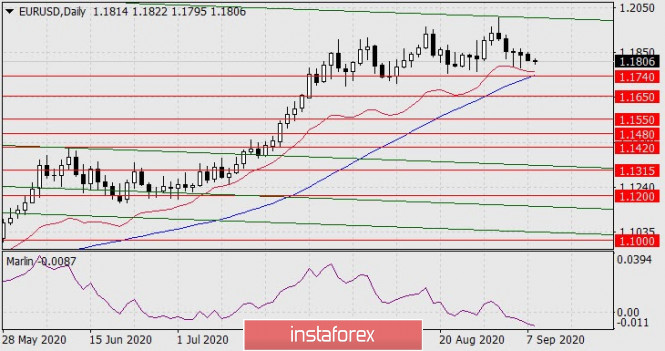 The euro's nearest support and target is the MACD line at 1.1740 on the daily chart. Consolidating below it reveals the scenario of a medium-term decline with the target at 1.1315 - to the embedded price channel line of the monthly timeframe. 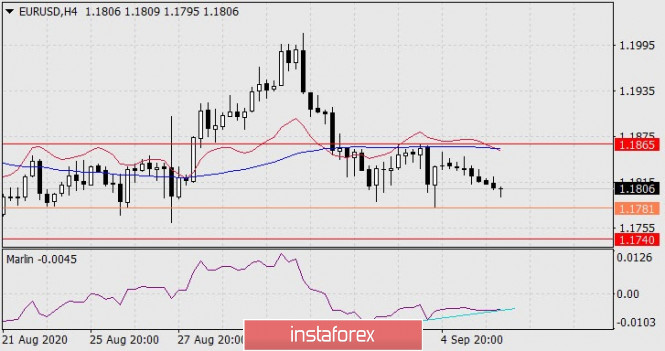 The price is slowly decreasing on the four-hour chart, but the convergence with the Marlin oscillator is still in effect, even a double convergence is possible. Moving the price under the signal level of 1.1781 will cancel this reversal-correction. Overcoming the signal level will allow the bears to reach the first target of 1.1740 with more energy.