USD/JPY lost another 28 points on Tuesday since it decisively began to fall by 42 points on Monday, approaching the important 105.18 level, breaking through which opens the way to the 103.75 target - the May 2013 high. But such a breakout of support has not happened yet, even though the Marlin oscillator is already in the negative zone, which, however, increases the likelihood of such an event. A price reversal is possible from the point where two trend lines intersect and the price can then grow further towards the embedded line of the price channel in the 106.50 area. 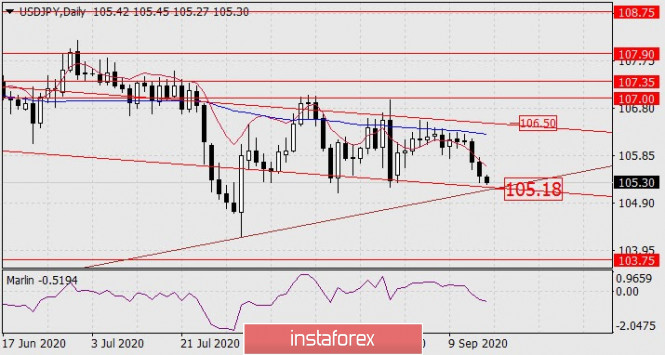 The situation is completely downward on the four-hour chart, while the Marlin oscillator shows no signs of a reversal. This circumstance slightly increases the probability of a price breakout. 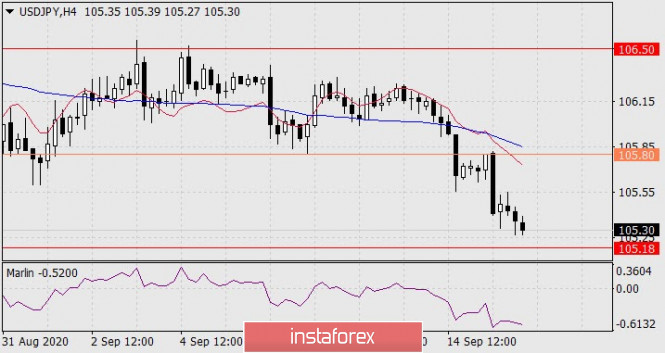