Despite the upbeat US employment data on Friday, stock indices continued their inertial fall after Thursday's collapse of more than 3%. The Dow Jones lost 0.56%, while the S&P 500 fell 0.81%. As a result, the USD/JPY pair gained only 6 points amid the dollar's growth. The price channel line around 106.60 was not reached for the second time.

Today, the price will make its third attempt to reach 106.60, but it's a holiday in the United States and therefore, the expected growth is again in doubt. 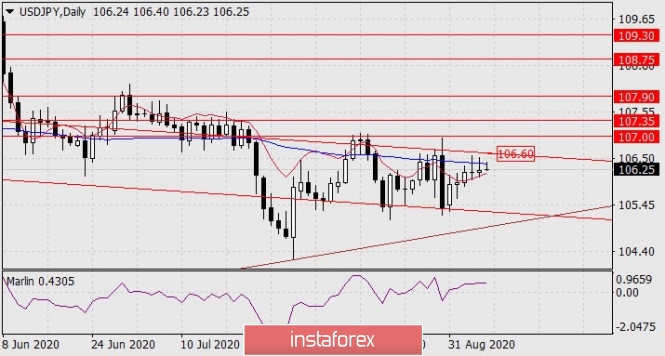 The price is above the balance (red) and MACD (blue) indicator lines on the four-hour chart, while the Marlin oscillator is in the upper half of its area, and all these characteristics indicate that the price will increase in the short term.

An alternative scenario may reverse when the price settles below the MACD line, below 106.15. In this case, the price could fall to the 195.60 level, the September 1 low. 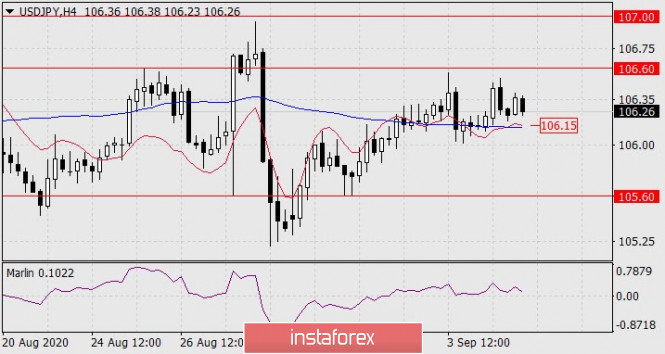