GBP / USD September 21: Markets are still wondering if the UK Internal Market Bill will officially be adopted and its consequences 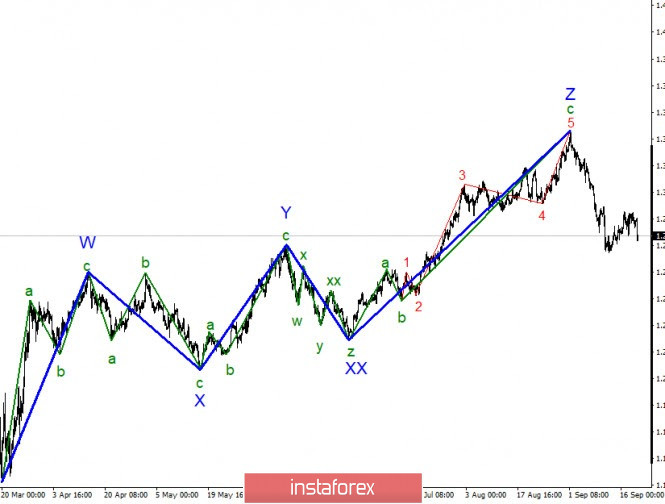 The construction of a new downward section of the trend continues. The continued decline in quotes suggests that the construction of wave 2 as part of this section has been completed which has taken a rather shortened form. The minimum of the expected wave 1 has not yet been passed so it is not yet possible to make an unambiguous conclusion about the completion of wave 2. Nevertheless, the chart shows very clearly the fall in demand for the British currency in recent weeks. Thus, the downward section of the trend is very likely to continue its construction. 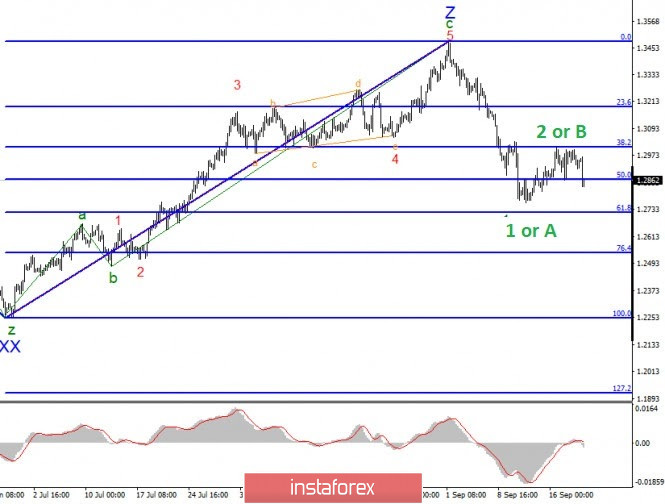 During the last trading day, the GBP/USD instrument lost about 60 basis points and today it lost another 60. Thus, there are more and more chances that the construction of the expected correction wave 2 or b is completed. If this is true, then the decline in the instrument's quotes will continue with targets located near the 61.8% and 76.4% Fibonacci levels. The depth of the British Pound's fall depends entirely on the news background.

Despite the fact that it has been three weeks since the beginning of September, when the unfavorable events for the British began, the markets have not lost their desire to continue to get rid of the British currency. The driver of the fall of the British Pound now remains only one scandalous bill which has not even been adopted yet or may not be accepted at all. We are talking about the bill "on the internal market of the UK" which implies a violation of the Brexit agreement with the European Union. However, markets are now in disarray. Despite the fact that the law was approved by the majority of conservatives, it will most likely be adopted by Parliament. It does not imply a momentary violation of the agreement with Brussels. It only gives London the legislative opportunity to do so, guided by the interests of the country. Thus, the law may be adopted tomorrow but, if London violate violate the agreement with the EU is unknown if it will broken at all. According to many experts, Boris Johnson cannot fail to understand the severity of the consequences for the UK if he does violate international law. The British economy is already drained of blood by Brexit, Coronavirus, and quarantine. In addition, from 2021, it is likely that British companies will have to trade with European companies on WTO terms and this is another blow to the British economy. Against this background, the European Union may also impose sanctions against London with trade duties. So far, it looks like Boris Johnson is just bluffing. This is a very common opinion in the foreign exchange market. If this is true, the Pound will get a break.

The Pound-Dollar instrument presumably completed the construction of the upward wave Z and the entire upward section of the trend. At the same time, there is a high probability of building a correction wave 2 or B which could also have already completed its construction near the level of 38.2%. An unsuccessful attempt to break this mark allows the markets to start selling the instrument with targets around 1.2721 and 1.2539, which is equal to 61.8% and 76.4% for Fibonacci, based on the construction of the third wave.

Interesting? Write a comment below.
 # GBP / USD September 21: Markets are still wondering if the UK Internal Market Bill will officially be adopted and its consequences
Forward 
Backward 