Going beyond the limits of the average weekly course made it possible to record 100% of sales. The condition for corrective growth has been formed because of this. Since the probability of returning to the average move is 75%, the sales from current levels are no longer profitable. 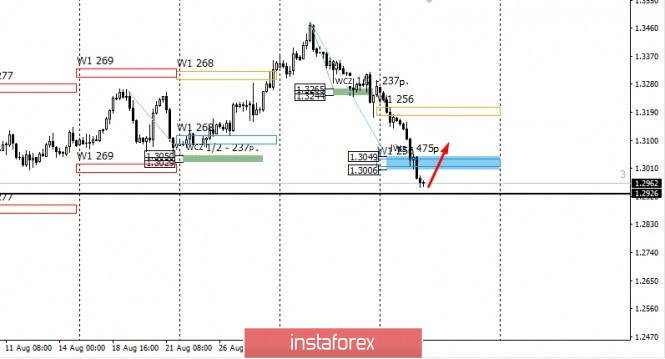 Working outside the mid-range zones implies exiting short positions and waiting for growth in order to find more favorable selling prices for the instrument.

If the decline continues from the current levels an alternative model will be developed. The probability of a further fall is below 30%, so you need to refrain from opening repeat sales. Favorable prices for sale are within the range of wcz 1/2 1.3186-1.3165. 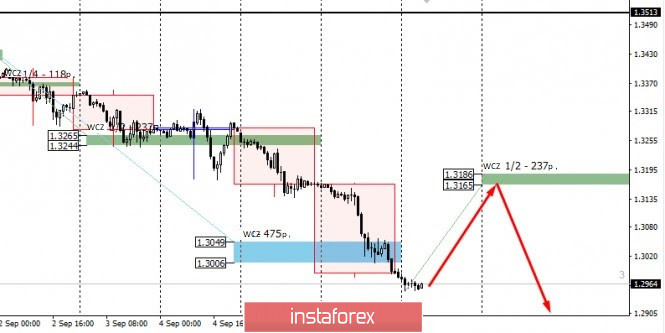 Day Control Zone. An area formed by important data from the futures market that changes several times a year.

Weekly Control Zone. An area formed by important marks of the futures market that changes several times a year.

Monthly Control Zone. A zone that reflects the average volatility over the past year.