Gold: investors are looking for a "safe haven" 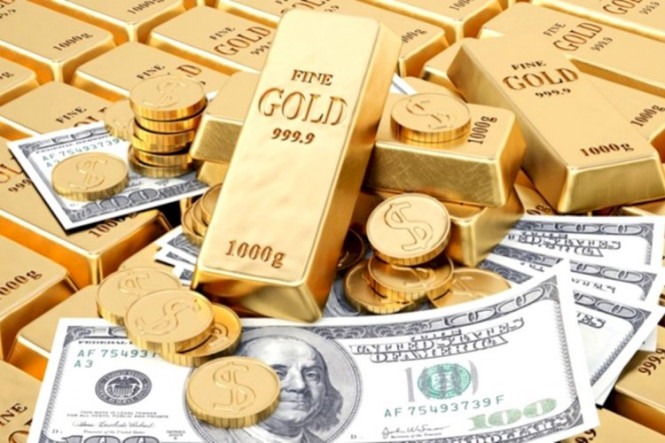 Looking for reliable assets comes first in times of extreme market volatility and general anxiety. Thus, investors are desperately searching for a "safe haven" for their savings and much of them consider gold as one.

For many months, the US currency played the role of a defensive asset, but gold is currently a priority, since the USD is going through hard times, showing "roller coaster" movement in the form of alternating ups and downs. It is currently feeling strong, strengthening against most currencies, but its strength is hindering the growth of gold and other commodities.

In connection with the general decline in risk appetite, the global commodity market almost declined. The US currency and fears about inflation knocked it down. The precious metals, primarily silver, suffered the most. Copper, in turn, took the second place among financial instruments whose losses were very strong. Its upward trend from March to August 2020, collapsed. Experts also note the deep subsidence of silver, which has experienced two periods of correction of 20%. This has dealt a sensitive blow to the white metal, which peaked six weeks ago. Such movement of the precious metals market left many investors without funds. It is not surprising that in such a situation, market participants are seriously concerned about finding reliable defensive assets.

Today, "gold" quotes went beyond $ 1900 per ounce. At the moment, it is trading near 1.1887-1.1888, showing a sharp surge in price. However, the sliding decline of the precious metals remains. Yesterday the chaotic dynamics of gold froze temporarily before the key support level of $ 1837. Experts consider this process to be a correction of the rally recorded from March to August this year. It can be recalled that gold approached a strong level, located at two resistance lines last summer, which was followed by decline. As a result, analysts expected gold to further fall to the strong support level of $ 1800 per ounce, but this did not happen. Instead, it has formed an additional support line near $ 1837 that kept it from declining due to subsequent corrections and declines.

Despite the negative trends in the precious metals market, there are a number of factors that positively affect the price of gold. Analysts said that they contribute to the gold's growth in the short and medium term. In particular, the growth drivers of the precious metal include the possibility of a second wave of the COVID-19, the upcoming US presidential elections and the probability of weakening USD. The current volatility is driving the demand for safe assets, with gold becoming the leader among them.

Experts believe that the current year is marked by the priority of gold. The tense situation in the world has also a positive effect on the pricing of gold and it is said to be one of the best investment assets and a safe haven for investors. It can be noted that in some national currencies, the price of gold breaks records. However, gold and silver's growth in the short term may be impeded by lower inflation expectations and dollar's strengthening.

However, there is some risk about the recent correlation of gold with the shares of leading companies, which can complicate trading. This option is most relevant in the run-up to the US presidential election. But there is no room for pessimism in the medium-and long-term prospects in the precious metals market. According to the representative of the World Gold Council, investment demand, which continues to gain momentum, is crucial for the gold's price.