Yesterday was incredibly interesting. In general, as expected, very few people were interested in the European Central Bank meeting. Everyone was waiting for ECB President Christine Lagarde's speech. There were as many as two. Her first appearance was during a press conference, which brought nothing new. In fact, Lagarde repeated the content of the official press release. And it's actually quite peculiar. In particular, the ECB says that interest rates will remain unchanged until inflation gets close enough to 2.0%. In addition, the asset purchase program introduced due to the coronavirus pandemic will be valid until June 2021. However, if necessary, it will be extended until the end of 2022. And not a word about the need to make changes to monetary policy. Although before that, a number of ECB representatives have repeatedly stated that the policy of negative interest rates has exhausted itself. At most, it does harm to the economy. But it is clear that no one will raise interest rates in the conditions of deflation, so Lagarde was expected to make statements about measures to combat deflation. But this did not happen. So investors were hoping to hear something concrete during Lagarde's next speech. However, as soon as investors saw the topic of her speech, the single European currency quickly fell. And nothing could stop it. Lagarde spoke on the topic of switching to digital money and giving up cash. Therefore, the ECB will not change anything, and for the most part, only reacts to what is happening. So the central bank does not control the situation and does not know what to do. These are the conclusions that can be reached following the results of the last ECB meeting. And these are not the conclusions that contribute to the euro's growth. 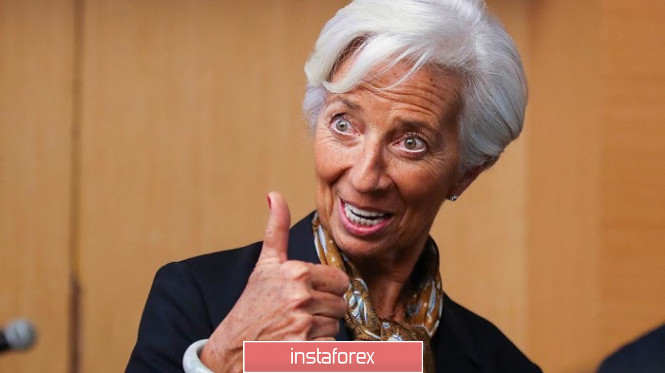 What was unexpected was that we did not receive any answers during the press conference, and so investors temporarily switched to US data while waiting for Lagarde's next speech. Which, in theory, they should have ignored yesterday. And the data itself did not come out a bit as expected. Which negatively affected the dollar itself. The fact is that the number of initial applications for unemployment benefits remained unchanged, although it should have decreased from 884,000 to 846,000.The number of repeated applications, which should have decreased from 13,292,000 to 12,925,000, suddenly grew to 13,385,000. Of course, it is too early to draw conclusions, but all the same, this is a hint that the pace of recovery of the labor market is significantly slowing down. So it is not surprising that the dollar weakened at this time. But, Lagarde helped recoup its losses. 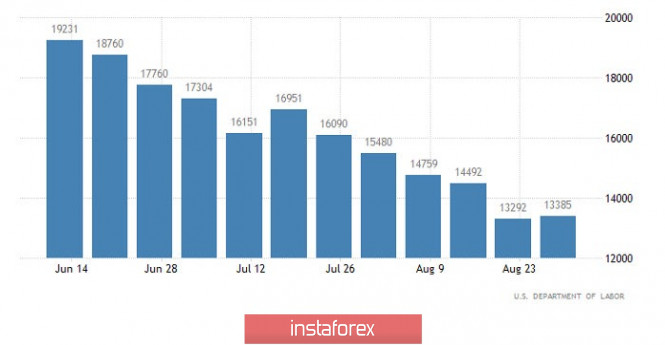 Several ECB representatives will speak at once, but it is unlikely that they will be able to somehow influence the mood of investors. Lagarde has already mentioned everything about the central bank's actions in the future. So the only thing you need to pay attention to is today's data on US inflation, especially since it should rise from 1.0% to 1.2%. Simply put, in Europe, there is deflation and the ECB is forced to pursue super-soft monetary policy, meanwhile, inflation is rising in the United States, which will push the Federal Reserve to raise interest rates. So the dollar clearly looks preferable to the euro. 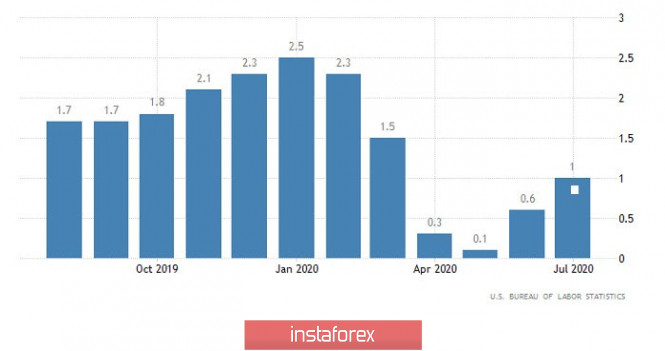 Based on the quote's current location, you can see a sharp slowdown in activity in a range of 10-15 points, which will ultimately lead to a surge in activity.

Acceleration of volatility is recorded in relation to market dynamics, which is confirmed by a high coefficient of speculative activity.

We can assume that the 1.1830/1.1840 range will end in the next few hours, which will lead to a local surge in activity. Working on a breakout of the established limits will be a temporary strategy, because if we consider the downward development of the quote, then first it is necessary to consolidate below 1.1810.

From the point of view of complex indicator analysis, we see that the indicators of technical instruments on the minute and hourly intervals have a neutral signal until the moment of consolidation breakout. The daily period, as before, signals a sell, due to the corrective move from the level of 1.2000. 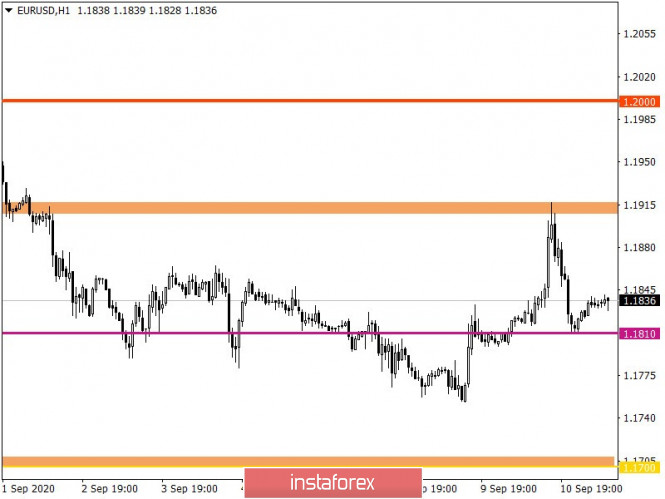