The pound froze in place in the absence of any news regarding the coronavirus epidemic. Which once again proves that the reason it fell is because of the pandemic and the introduction of new restrictions. There have been no changes in this matter since Tuesday evening, and investors do not yet know what to focus on. At the same time, the panic due to the epidemic is so great that the market is ignoring any data for now. But yesterday the preliminary data on business activity indices were published. Despite fears, they turned out to be slightly better than forecasts. Thus, the index of business activity in the service sector, as expected, fell from 58.8 to 55.1. The index of business activity in the manufacturing sector, which was supposed to decline from 55.2 to 53.8, decreased to 54.3. As a result, the composite PMI fell from 59.1 to 55.7, although it was expected to decline to 54.9. Although we are still talking about a decline in business activity indices, which can hardly be called a positive factor. But in the light of recent events, there were indeed strong fears that the decline in the indices would be on a much larger scale. 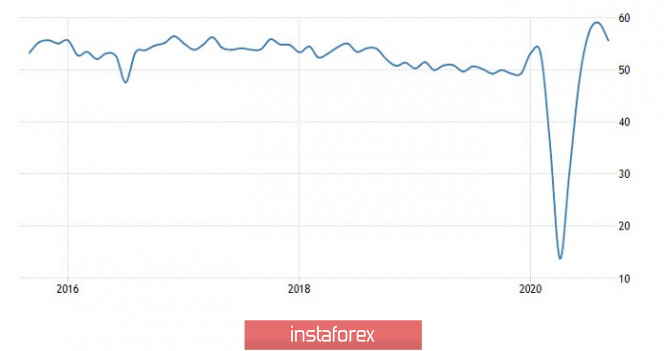 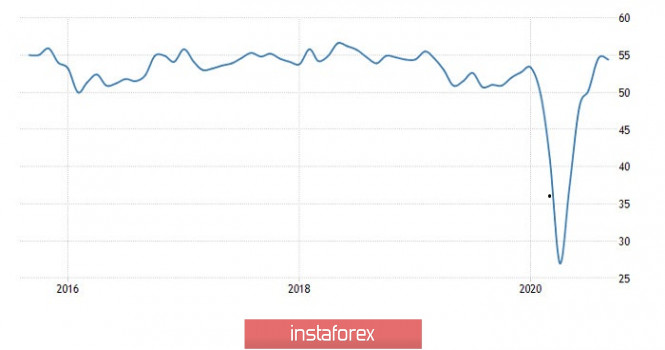 If there is no news on the coronavirus today, investors will have to pay closer attention to macroeconomic data. And oddly enough, this will also help strengthen the dollar. After all, the number of initial applications for unemployment benefits should decrease from 860,000 to 840,000. The number of repeated applications may even decrease from 12,628,000 to 12,100,000. So the data will once again indicate a gradual recovery of the labor market, which is the main guarantee of economic growth. The GBPUSD pair continues to focus below the 1.2770 price level, which signals the prevailing downward interest in the market. The consistent decline in the value of the British pound since the beginning of September signals a possible change in the market sentiment, which may well lead to a change in the medium-term trend.

Based on the quote's current location, you can see a variable fluctuation within 100 points below the 1.2770 benchmark, which probably reflects the stage of price taking.

In terms of volatility, there is a high dynamic that has been following the British currency for a long time.

Looking at the trading chart in general terms, the daily period, we can see that the current downward movement is the largest for the last six months.

We can assume that the price fluctuation in the 1.2670/1.2770 range will not last long and as soon as market participants overcome the value of 1.2670 we will see the resumption of the downward movement in the direction of 1.2600.

From the point of view of a complex indicator analysis, we see that the indicators of technical instruments on the hourly and daily keep the sell signal by focusing the price below the reference level of 1.2770. 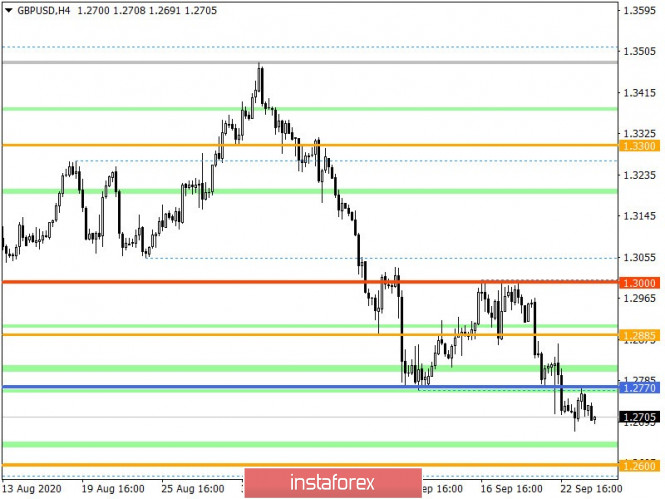