The trend of tightening anti-epidemiological measures has reached France. The second most populous and largest economy in the European Union, after the UK and Spain, introduced new restrictions. More precisely, it tightened a number of existing ones. In particular, as in England, bars and restaurants can now only be open until ten in the evening. Also, more than ten people can not gather in public places. So far, these measures concern only individual cities, but Paris is among them. So it is quite obvious that over time, these measures will be extended to the entire territory of France. And if we consider the fact that French business suffered much more than British business during the spring quarantine, then even such lenient measures can cause colossal damage to it. There was already a significant increase in unemployment in France, and apparently, the situation could worsen dramatically. The number of bankruptcies, with subsequent layoffs, can grow to some exorbitant values. So the fears are well-founded. 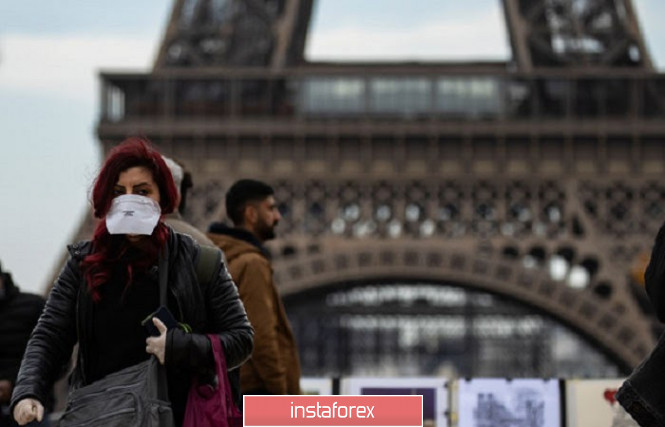 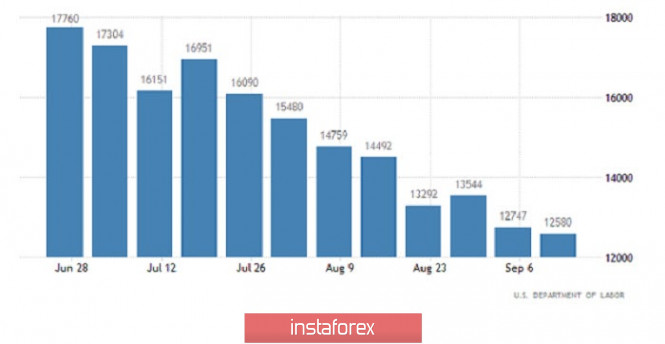 As you can see, investors continue to monitor macroeconomic data despite growing concerns about the possibility of a second wave of the coronavirus pandemic. In this regard, today's data on orders for durable goods in the United States may provide additional support to the dollar. After all, the volume of orders should grow by 2.0%. This is a pretty significant increase. Moreover, it speaks for the growth potential of industrial production and retail sales, which speaks of a strong economic recovery. Moreover, there is no talk about the possibility of reintroducing any restrictive measures in the United States itself. 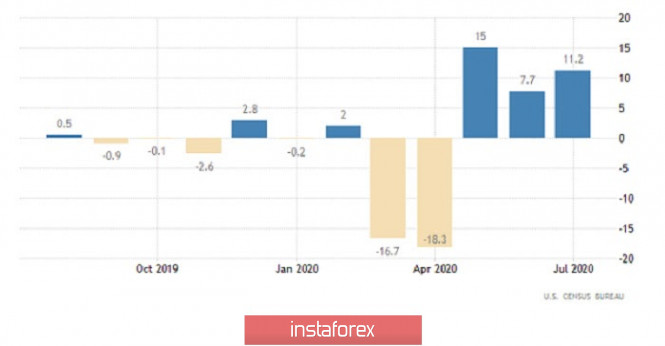 The euro/dollar pair showed active downward interest during the entire trading week, as a result, the euro fell below 1.1650. The gradual change in direction has already led to a breakout of the variable horizontal channel 1.1700/1.1900. The next stage consists of changing the medium-term trend, where if the quote is staying below 1.1700, the sequential development of the price towards the 1.1500 level is not excluded.

A slight slowdown is recorded in relation to market dynamics, but the coefficient of speculative operations is high.

Looking at the trading chart in general terms (daily period), you can see a horizontal movement in the range of 1.1700/1.1910, which was broken in the downward direction this week.

We can assume that the current pullback seems temporary, and so if the low of 1.1626 has been updated, the quote will immediately return the downward movement towards the values of 1.1550-1.1500. An alternative scenario considers delaying the pullback towards the previously passed flat border.

From the point of view of complex indicator analysis, we see that the indicators of technical instruments on the hourly and daily timeframes indicate a sell signal due to the prevailing downward interest in the market. 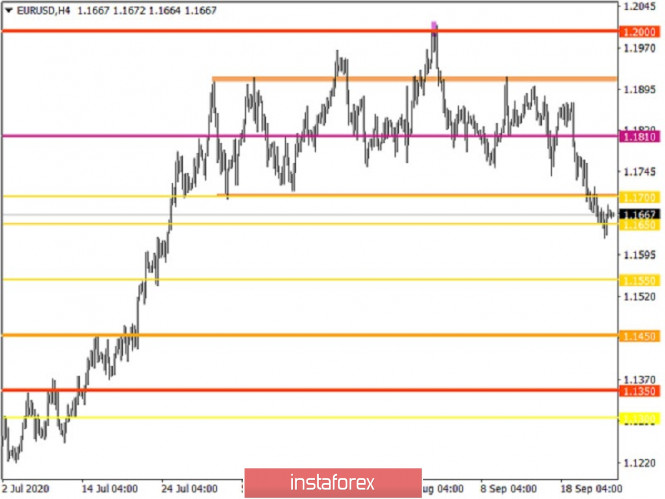