The single European currency is still under pressure, although the US data turned out to be slightly worse than expected. Orders for durable goods grew by only 0.4%. They were expected to increase by 2.0%. The previous data was revised for the better, and orders increased by 11.7% in July instead of 11.2%. But the expected revision does not compensate for weaker growth in August. Nevertheless, we are still talking about an increase in orders, and for four consecutive months. So both industry and retail retain growth potential. Nevertheless, to all appearances, these data did not affect the market at all because the euro stopped weakening before the data was released. So, the euro is rather declining by momentum, against the background of the global strengthening of the dollar, which is still perceived as a protective instrument. For the most part, this is due to investor concerns about the possibility of introducing full-scale quarantine measures across Europe. They do not even talk about this in the United States itself. America is keen on preparing for the upcoming presidential election, and any restrictions could impede the holding of the election. For the first time in the history of the United States. None of the representatives of the American political elite will dare to do such a thing, as it will become his political suicide. You cannot break traditions. Even Roosevelt, in 1944, despite the Second World War, did not dare to postpone the presidential elections. So, investors have nothing to worry about about the possibility of toughening anti-epidemiological measures in the United States, therefore, the dollar looks somewhat preferable. And today, in the conditions of a completely empty macroeconomic calendar, it is quite possible for the euro to weaken. Although its scale will be rather modest. 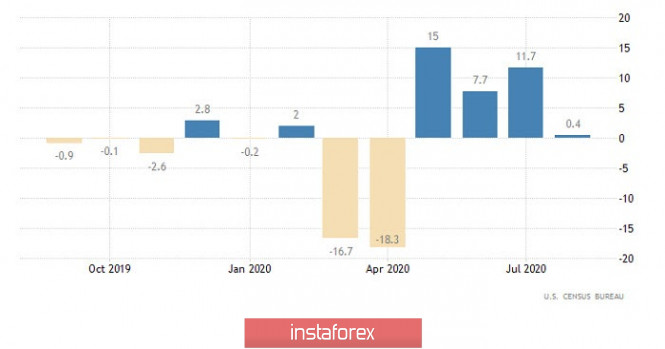 The euro/dollar pair adheres to a downward development, during which the quote managed to settle below the price level of 1.1650, which is considered another sell signal. A consistent downward development and forming a flat structure may start a medium-term trend.

If we proceed from the quote's current position, then we can see a pullback from the value of 1.1612 towards 1.1640, which does not violate the general cycle of downward development.

A slight deceleration is recorded regarding market dynamics, but another acceleration will occur as soon as the local low is updated.

Looking at the trading chart in general terms (daily period), one can see how a downward trend emerges, where the medium-term upward trend has been hit by a possible change in market sentiment.

We can assume that the current pullback is only temporary, where another round of short positions will appear if the 1.1612 low is updated, which will lead us towards the 1.1550 value.

An alternative scenario considers the delay in the pullback process towards the previously passed level of 1.1650.

From the point of view of complex indicator analysis, we see that the indicators of technical instruments on the hourly and daily periods signal a sell due to the prevailing downward interest in the market. 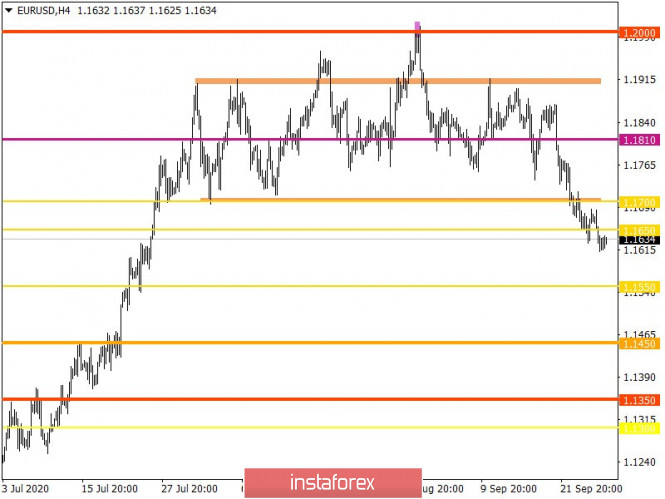