Nonfarms will be published at the start of today's American session, which will determine the fate of the dollar in the medium term, especially if the release is not clear (either extremely positive or extremely negative). If the components of the report turn out to be contradictory, then the market will focus on the inflationary factor – wages. Once the Fed has decided to adopt a new average inflation targeting strategy, all relevant indicators will be under the special target of the market. Therefore, if wages are disappointing today, the dollar could come under strong pressure, even as unemployment declines and Nonfarm employment rises.

Now, the dollar pairs froze in anticipation of the most important data. So, almost all of them are trading in a flat narrow range – traders do not dare to open large positions for both sell and buy. Therefore, it is not suggested to trade in dollar pairs before Nonfarm, unless, you consider trading as a game of the lottery. 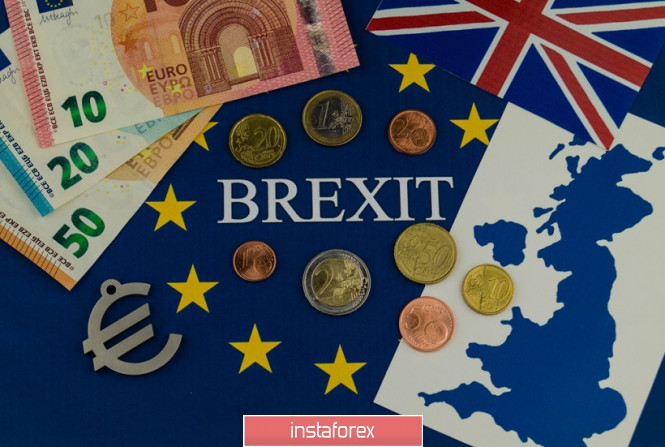 Meanwhile, events in the US barely affect many crosses, among which is the euro/pound pair, which is now reacting to the news flow regarding Brexit. In particular, we are talking about the prospects for a trade agreement between London and Brussels, which have been negotiating for several months. On the other day, the parties summed up the results of the next round of negotiations, which were clearly not in favor of the pound.

Firstly, we are concerned about the rhetoric of the EU's chief negotiator, Michel Barnier, who said yesterday that he was "very concerned and extremely disappointed" with London's position. According to him, Britain still does not express any intention to compromise in the negotiations, although Brussels recognized the "red lines" of Britain in matters of fair competition, fisheries and management, including the Europe's Court of Justice. Despite such compromise, London refused to make proposals for state support and fisheries. Thus, the comments of the EU's representative only added fears that the UK will leave the EU in January next year without any agreement.

Britain's "principle" is explained by the fact that they want to conclude an agreement with the European Union like Canada or Australia. Boris Johnson has repeatedly insisted on this. However, the EU initially rejected the so-called "Canadian option" of concluding the deal (as well as the "Australian scenario"). The first option assumes almost duty-free trade, with the exception of a number of goods and services market. Alternatively, Britain proposes to consider the "Australian option." In this case, the parties can choose which sectors of the economy they can agree on, while all other areas will be regulated by the rules of the World Trade Organization.

However, the European Union initially opposed the above options, and last February this year, it already outlined its position in the form of an approved document: the EU General Affairs Council approved the mandate of the European Commission in negotiations on future relations with Britain.

The EU's position is also well-founded. Brussels is trying to tighten Britain to the standards of the EU in terms of regulation and trade rules. In addition, the Europeans insist that London should accept the jurisdiction of the EU court of Justice in possible trade disputes. But in turn, the UK is categorically against such proposals. In view of these differences, many experts and politicians predict that the current negotiations will ultimately fail.

Yesterday, Barnier reiterated the position of the European Union. He said that Britain's demand that they simply want an agreement like Canada or Australia is not based on reality. He recalled that the UK's proximity to the EU distinguishes it from other trading partners, since it automatically increases the volume and scope of trade. 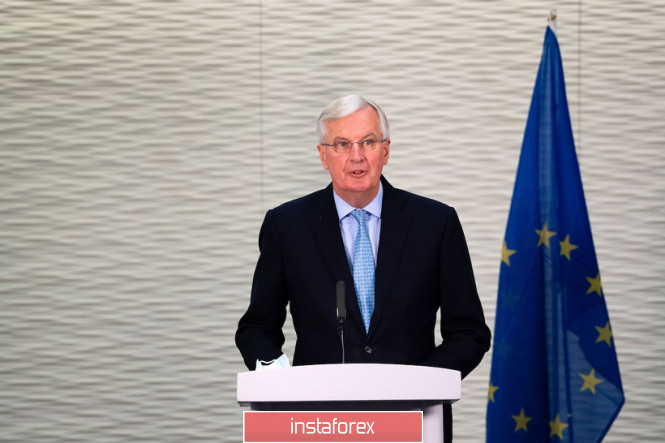 Everything suggests that the European Union and Britain still have different positions in negotiating. Even Brussels' concessions, which were so widely announced by the European side, could not change anything. The situation remains at a dead end, and they only have limited time until January. At the same time, Boris Johnson categorically refuses to extend the transition period. As a result, this fundamental background is negative for the pound, so the current growth of the EUR/GBP cross-pair may continue.

Amid Barnier's comments, the pair rebounded from the support level of 0.8870 (the lower line of the Bollinger Bands indicator on the daily chart) and rose to the current value of 0.8920. At the same time, the cross retains the potential for further growth towards the first resistance level of 0.8980 (middle line of the Bollinger Bands) and the main resistance level of 0.9010 (lower border of the Kumo cloud at D1). Now, if the negotiations between London and Brussels failed again in the medium term, long positions to the above resistance levels will be considered.