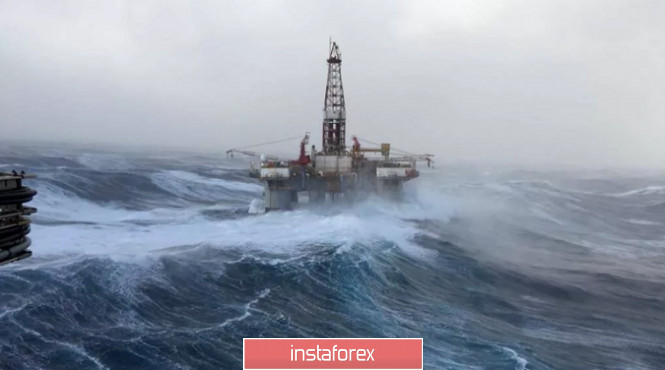 Saudi Arabia continues to cut its exports to the United States. Data from Bloomberg even indicated that the kingdom was only loading about 5.6 million bpd on tankers this August, which is just slightly more than in July. That said, the United States accounted for an ever-decreasing share, with which import data show that August shipments were the lowest in decades.

It seems that for Saudi Arabia, a reduction in exports to the United States is the fastest way to inform the global market of a cut in oil supplies. The US is the only major oil-consuming country to publish weekly crude oil inventories and imports, and it has a huge impact on oil traders.

Thus, exports of Saudi crude to the US fell to about 177,000 bpd in August, which is only a fraction of the 1.3 million bpd that the kingdom has sent in April.

Imports of the US, on the other hand, as reported by Bloomberg, amounted to only 355,000 barrels of Saudi crude in the week leading up to August 28, which is equivalent to 51,000 bpd. Meanwhile, preliminary EIA data for the same period show that imports amounted to only 197,000 bpd, nearly a record low.

Combining the calculations of Bloomberg and the EIA data, August imports are about 310,000 barrels bpd. However, government data processing, as well as the weather, complicate the picture even further.

Hurricane Laura, which struck the US Gulf Coast last week, could also affect shipments, as more than 60 oil and gas tankers sought refuge in the western Gulf, awaiting the end of the storm. Only two supertankers from Saudi Arabia were supposed to arrive in the region in the second half of August, since the rest were heading to the West Coast.

Usually, it takes a tanker five to six weeks to travel from Saudi Arabia to the Persian Gulf or the US west coast. This means that any ships that leave in August won't arrive until at least mid-September.

In any case, Tariq Zahir, managing member at Tyche Capital Advisors, said that the increasing dollar demand is putting pressure on oil prices, particularly in the impending drop in demand. If the resurgence of coronavirus leads again to school and office closures, it would have a strong "impact on gasoline demand during refinery repairs and at the end of the year."

Demand may also ease in September and October, as contracts for Chinese imports were cut by a surge in oil purchases earlier this year.

Thus, US crude oil inventories are falling for six straight weeks already, the longest period of losses this year.

Gasoline inventories have fallen to 4.32 million barrels, while refinery utilization fell to 76.7%, its lowest level since June.

In addition, the situation with Hurricane Laura led to a reduction in US production to only below 10 million bpd, the lowest level since 2018.