Strong nonfarm will lead to a strong dollar, while euro may weaken sharply because of ECB's meeting; Overview of USD, GBP,

The US labor market report for August was strong. There were 1.371 million new jobs, and although this figure is slightly worse than forecasted, growth exceeded forecasts for all other key limits. The average hourly wage growth remained at the July level of 4.7%, which is a strong indicator that allows us to hope for rising inflation. The average length of the working week and the share of the labor force in the total population increased, while unemployment fell to 8.4%, which was significantly better than the forecast 9.8%.

A strong employment report increases the probability that the Fed will refrain from introducing new monetary stimulus at its September 16-17 meeting. If such an idea rules the markets, and the reasons for that after Friday have grown noticeably, the dollar will receive a clear impulse to grow in the next 10 days.

The CFTC report did not bring any surprises in positioning for major currencies. After the speech of J.Powell could have expected that investors would react by increasing the short position on the dollar, everything turned out to be more complicated. The total short position of the dollar (excluding gold contracts) declined by 613 million, which is not much, but the main thing here is that there was no sell-off of the dollar. Long positions on gold and the yen have increased significantly, so it is logical to expect a rise in demand for protective assets in the next few weeks.

Following August decline in consumer inflation in the Eurozone to -0.2% y/y, it turned out that this decline has deeper reasons than first thought – retail sales in July fell by 1.3% instead of the expected growth of 1.5%, with an annual growth of only 0.4%, which is clearly not enough to have any reason to hope for a recovery in consumer demand. 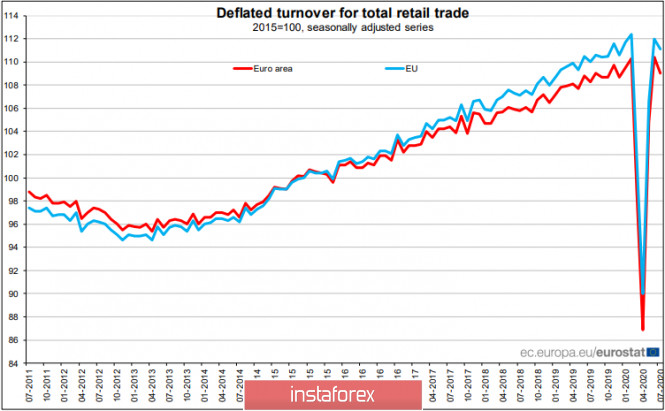 The fair target price for the euro continues to decline. According to the CFTC report, the volume of long contracts fell by 2.030 billion, but in other limits, such as the demand for securities, the euro is beginning to lose its accumulated advantage. 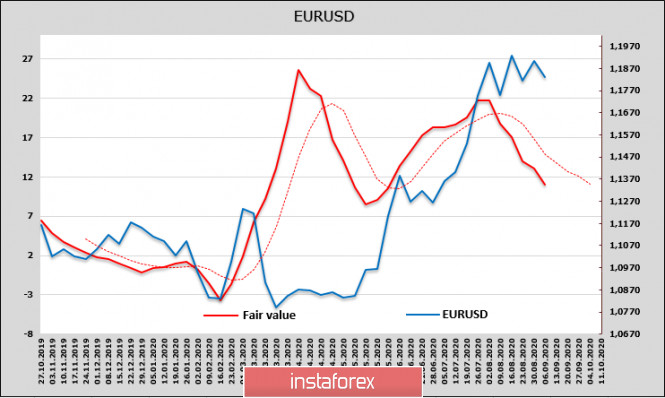 The position of the ECB members before the September 10 meeting is becoming more specific – the ECB does not want to calmly watch the further growth of the euro. All week, ECB officials have been giving appropriate comments, and now the main intrigue is whether the ECB is ready to take any steps to reduce the exchange rate on September 10, or whether it will limit itself to promises to soften its policy at the next meeting. At the very least, a decline can be expected in the forecast for inflation and GDP growth rates, which will lead to the euro's inability to go above 1.20.

Judging by the profit taking on EUR/USD, investors are inclined to change the ECB's policy as early as Thursday. Thus, the euro may move below the support of 1.1780/90 before ECB's meeting with the goal of 1.1695, followed by a downward reversal.

A weak dollar and a good pace of recovery in the UK economy pushed the GBP/USD pair to a two-year high, but the yield spread is still not going to work in favor of the pound, and it looks like there is not much chance of positive dynamics.

According to the CFTC report, the net long position of the pound increased by 68 million and reached the level of 0.568 billion compared to 29.3 billion in euros. 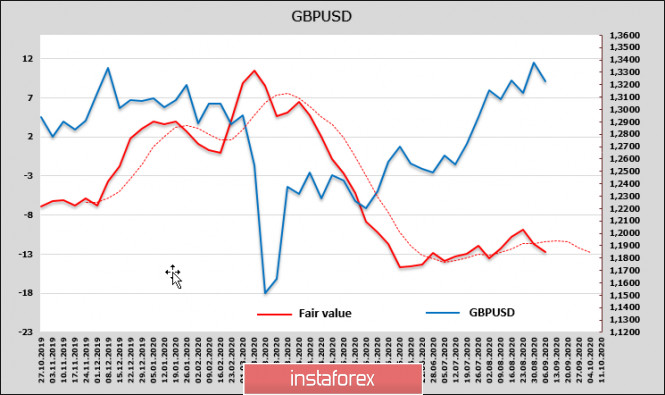 On September 8, Brexit negotiations will resume, but judging by the statements of numerous insiders, the positions of the parties have not undergone any changes, which means there will be no progress this week. It was also reported this morning that the UK government is planning a new bill aimed at canceling key parts of the Brexit withdrawal agreement. If the insider is confirmed, the pound will get an additional bearish impulse.

Interesting? Write a comment below.
 #Strong nonfarm will lead to a strong dollar, GBP, while euro may weaken sharply because of ECB's meeting; Overview of USD
Forward 
Backward 