Technical Analysis of BTC/USD for September 28, 2020

Venezuela has created the first satellite node capable of processing transactions without an internet connection. This is great news for a country with a very poorly developed internet infrastructure.

The Venezuelan "cosmic node" was created by Anibal Garrido and his team Anibal Cripto. It is based on Blockstream technology, which uses a satellite - in this case EUTELSAT-113 - to transmit data between points, without being connected to the internet. The idea came from Cryptobuyer, a Latin American start-up that focuses on cryptocurrency payments:

"We successfully installed and run a satellite Bitcoin node in Venezuela which allows us to be independent of the internet to download messages and validate transactions" they wrote on twiter.

Garrido added that he wants to expand access by implementing a series of smaller devices. All smaller satellites will create a mesh network that will be able to transmit data between different devices. The first of the three antennas has been deployed in Valencia City. The other two will be deployed in the nation's capital, Caracas and Puerto Ordaz. Cryptobuyer chose Valencia because it's an industrialized city but doesn't have many tall buildings to block the signal.

This is the first stage of an ambitious project that could help increase the utility of Bitcoin in a country with a very weak technological infrastructure. Venezuela has one of the slowest internet connections on the continent. The country is also struggling with the problem of access to electricity.

Farias believes the antenna could make it possible to pay with Bitcoin in remote areas or in the event of an internet failure. He pointed out that this is why they are trying to create a mesh network that will communicate with the Blockstream satellite:

"We are using a P2P network that uses a USB device that is already in Venezuela. We will soon be putting these devices into operation, with a range of approximately four kilometers each.

"This project aims to show the nature of the Bitcoin protocol. Open nature, no limits and no limits. Venezuela is therefore a pioneer in Latin America and the world in the use and application of this type of technology that is not imposed by decree or force.

Despite its political and economic problems, Venezuela ranks first among all Latin countries in terms of cryptocurrency adoption. 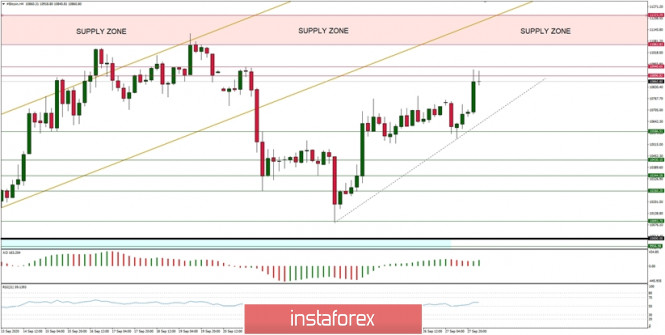