The rise of USD will be limited; Local decline in the EURUSD and GBPUSD pairs is likely

ADP's weak data on the number of new jobs disappointed the financial markets yesterday, but not so much, firstly, because the official values from the Ministry of Labor are the most important, which are released on Friday, but they greatly differ sometimes. Secondly, investors already understand that coronavirus outbreaks in the States last summer forced employers to cut the number of jobs, which is reflected in the official statistics.

Will ADP's weak data and possibly from the US Department of Labor, be able to turn the dollar upward?

We believe that the market is still obliged to strengthen the dollar rate following the trading results of Wednesday's dull profit-taking after a clear prolonged period of its weakening. Moreover, weak data from ADP was a great reason to close a lot of short positions in USD. It can be recalled that the US currency has been under pressure over the past four months, which is clearly shown by the dynamics of the ICE dollar index.

Traditionally, the dollar received support for several years in September, which is mainly due to the dynamics of the US stock market. However, this picture is currently not necessary and relevant. We believe that after a short-term correction, the dollar will continue to decline, since it primarily remains in an extremely weak position against major currencies.

The downward reversal of the yield on US Treasury bonds is also negative for the rate of the dollar. The yield of the benchmark of 10-year Treasuries, after declining on August 28 after reaching a local high of 0.789%, fell the following days, rushing to the support line at 0.630%.

Will continued growth in the US stock market weigh on the dollar?

The demand for shares of American companies, which will totally and clearly change from stocks that liked wide interest during the pandemic to industrial securities, banking sectors and other sectors of the economy that were under pressure, will definitely stimulate the dollar to decline in the near future. The global decline will only be stopped by emergency measures from the world's central banks, which is starting to worry about the high rates of their national currencies against the US, and which will prevent their national producers from successfully competing with US goods.

As a result, it is believed that the dollar's strength will remain limited. Sales will only resume, after its growth to important technical levels.

The EUR/USD pair clearly plays out the movement in the "rising flag" pattern on the wave of investor's profit taking, which was primarily caused by Eurozone's weak data on consumer inflation and then ADP's negative values on employment. We believe that the pair should be bought on a decline from 1.1785 with a local target of 1.1875, if it holds.

The GBP/USD pair is under pressure from both internal Brexit issues and common profit-taking on the dollar, after a rather long period of decline. Thus, we believe that after falling below 1.3300, the pair will further decline to the level of 1.3250. 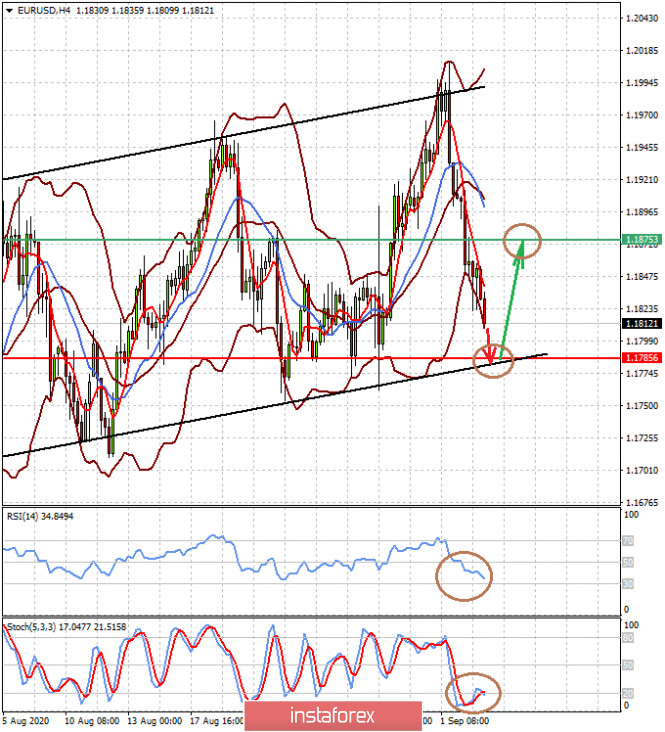 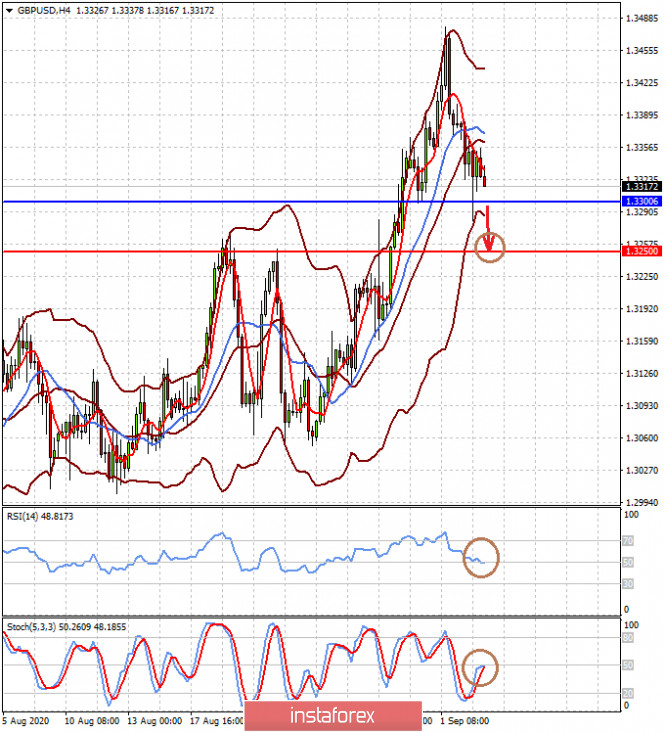 Interesting? Write a comment below.
 #The rise of USD will be limited; Local decline in the EURUSD and GBPUSD pairs is likely
Forward 
Backward 