There is no clear winner between the debate of Trump and Biden. AUDUSD and GBPUSD pairs are expected to make a correction

Global markets were under pressure throughout this day as they awaited the first round of debate between J. Biden and D. Trump that was held tonight in line with the presidential elections.

The US has again a strong impact on the dynamics of assets with its internal agenda, forcing investors to be very careful, which leads to a drop in stock indices and an extremely vague movement in the currency market. On the other hand, markets expected some clarification of the situation in the political struggle between Democrats and Republicans, but received even greater uncertainty, since the debate did not reveal a clear winner and according to some political analysts, it even somewhat lowered Trump's chances of winning the election.

In turn, financial markets reacted by continuing the ambiguous dynamics. The Chinese stock market rose amid mixed economic data. The manufacturing business activity index (PMI) in September rose to 51.5 points against the forecasted 51.0 points in August. But on the contrary, the index of business activity in the manufacturing sector (PMI) from Caixin declined from 53.1 points to 53.0 points.

Markets will continue to endure the result of America's first debate today, however, it is not the only event that will attract attention. The revised UK GDP data are due today – the indicator is expected to decline by -21.7% on annual terms and by -20.4% on monthly terms. If the numbers turn out to be even worse, the pound will be under pressure, which is already stuck due to the unsolvable Brexit situation.

Germany's retail sales and employment figures, Eurozone consumer inflation and ADP job creation figures, and updated US GDP figures for the 2nd quarter will also be published today. It is expected that the figures of new jobs in September increased by 650,000 against 428,000 a month earlier, due to the fact that the US economy fell by 31.7% in the second quarter. Data from the index of pending sales in the real estate market will also be presented. It is expected that they will grow by 3.2% in August, against the 5.9% growth earlier.

At the same time, investors will closely follow the speech of the ECB's head, Lagarde and Fed members Bowman, Kashkari and the publication of values on oil and oil products in the US over the past week.

In general, today will be filled with events, including the publication of economic statistics. On this wave, we will still have an extremely high volatility, and new concerns related to COVID-19 and the uncertainty of the outcome of the elections in America will continue to loom over the markets.

The AUD/USD pair is making a downturn on the wave of rising demand for the dollar as a safe haven currency and falling demand for risky assets. A price decline below 0.7110 may lead to a further decline to 0.7015.

The GBP/USD pair is declining below 1.2880. It still remains in the range of 1.2680-1.2880 amid uncertainty about the consequences of Brexit, as well as the publication of extremely negative GDP data, which will be released today. If the price does not rise above the level of 1.2880, it could lead to a decline to 1.2680. 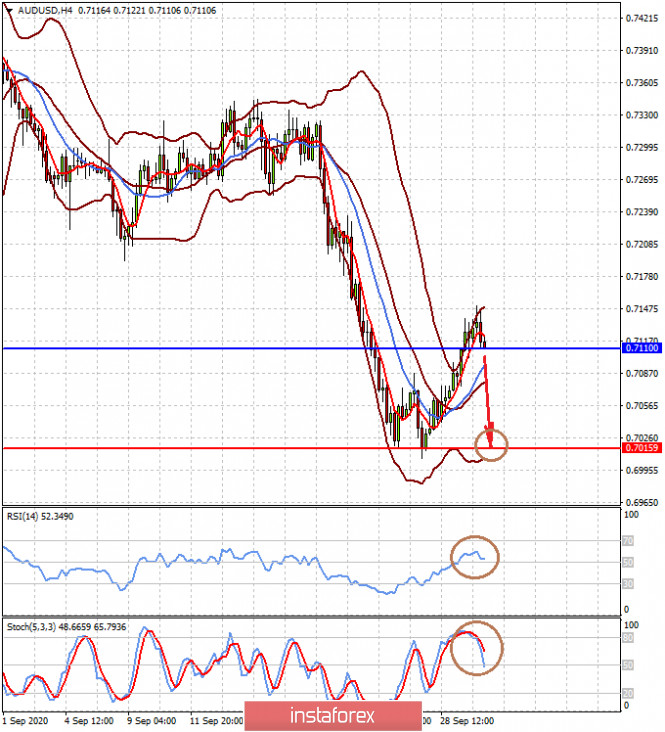 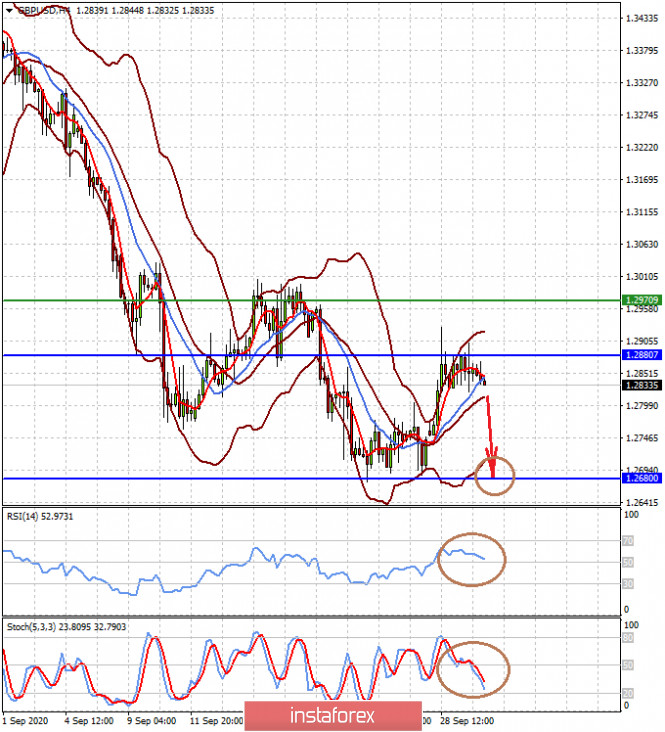 Interesting? Write a comment below.
 #There is no clear winner between the debate of Trump and Biden. AUDUSD and GBPUSD pairs are expected to make a correction
Forward 
Backward 