Trump vs Biden: Don't trade dollar pairs ahead of the debate

Donald Trump and Joe Biden will hold the first election debate. The verbal duel will take place in Cleveland, Ohio.

The debate will last 90 minutes, and will be moderated by the famous American journalist Chris Wallace (who works for Fox News, which is considered to be close in spirit to the Republicans). He also chose the main topics of the political battle: these are the results of the work of both politicians in high positions, the coronavirus crisis and methods of combating the pandemic, the economy, racial issues, protest movements and the protection of the electoral process. 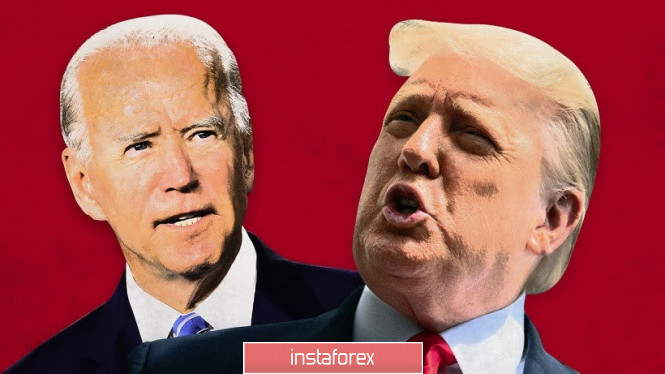 Actually, this is where all the known elements of this difficult political equation end. Some assumptions, rumors and insiders. So, according to the information agency Associated Press, the campaign headquarters of the Democrats does not attach much importance to the first debate. In their opinion, uncomfortable questions will automatically "corner" the Republican leader. A record recession in the US economy, tens of thousands of deaths from the coronavirus, high unemployment - all these negative factors speak for themselves. As the political strategists of the Democrats believe, Biden only needs to ask leading questions, while the hard-hitting realities of 2020 will "drown" Trump's rating by themselves.

In the camp of the Republican Party they think differently. In their opinion, the first debate will be a watershed moment in Trump's campaign, while Biden will look pale against the backdrop of an articulate opponent. On the eve of the debate, the parties have already exchanged verbal jabs: the leader accused the head of the White House that he does not understand either domestic or foreign policy, therefore, during the debates, he will mostly get personal. Donald Trump, in turn, once again called his rival "Sleepy Joe" and urged him to take a test for the presence of illegal drugs in the blood.

The results of the latest opinion poll were published on the eve of the debate, which only increased the intrigue. It turns out that Trump now lags behind Biden by only 2%. If 45% of the Americans polled are ready to vote for the current US president, then 47% of the respondents are for the leader of the Democrats. This suggests that support for the head of the White House is growing again after the downturn. Compared to August, the growth is +3%. But Biden is losing the sympathy of the electorate. Its positions have weakened by two percentage points over the past month. According to American experts, US residents positively perceived the non-standard economic steps of the head of the White House.

Let me remind you that back in August, Trump issued four executive orders bypassing Congress. First, it partially returned additional payments to unemployment benefits for tens of millions of Americans who lost their jobs due to the coronavirus pandemic (they will be made until December 6 of this year). The federal government has allocated funds from the Emergency Relief Fund for these needs - a total of about $44 billion. The rest of Trump's decrees included deferring payroll tax payments for people earning less than $100,000 a year, extending the student loan moratorium, and helping tenants and homeowners.

And although from a legal point of view, the issued decrees were "on the brink of a foul," in the end they brought Trump a political advantage. Therefore, he can use this factor in the course of debates, using the reputation of an "anti-crisis top manager". 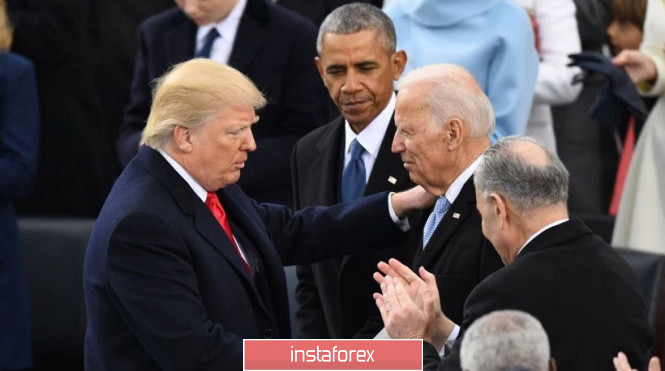 How will the dollar react to the outcome of the debate? In general, Trump's anti-Chinese rhetoric is putting background pressure on the positions of dollar bulls. According to some analysts, after his re-election, the trade war with China will flare up with a new force. Trump himself does not get tired of accusing China of espionage, theft of intellectual property, the spread of coronavirus, etc. in addition, he has repeatedly threatened to "uncouple" the US economy from China, thereby reducing its dependence on the latter. It's not that Biden shows the opposite feelings towards Beijing, but still he doesn't voice such harsh rhetoric. Therefore, if Trump's electoral victory becomes obvious immediately after the debate, the dollar will be under pressure. Otherwise, the greenback will again receive a reason to grow. If there is no clear winner, then the reaction of traders will follow a little later, when the results of the relevant surveys become known.

In any case, trading dollar pairs is risky at the moment. The debate of the main rivals is an important stage of the US election race. Therefore, they can affect not only the electoral distribution, but also the configuration of key dollar pairs.