US dollar's decline will only intensify in September, while renewed growth in the EURUSD and GBPUSD pairs is expected after

The US dollar ended its fourth month with a decline. The market has clearly undergone global changes that will simply not allow it to turn around and start growing, not only in the short term, but also in the long term.

Has the major change in the Fed's rhetoric caused the dollar to weaken?

The Fed's decision last week to stimulate the labor market by targeting average inflation amid previously unprecedented measures to support the economy is long-term. They guaranteed investors and the real sector of the economy, extremely low interest rates for a significant period of time. This is the main reason for the weakening of the US currency. Moreover, it is likely to remain in this position, even if the national central banks, whose currencies are traded against it, take measures to reduce the rates of their currencies. This is because the dollar, being the world's reserve currency and having an all-encompassing influence in the world's settlement systems, is in high demand. So far, none of the currencies can replace it - neither the euro, nor, for example, the yuan.

Of course, its decline is unlikely to be very quick. The periods of decline will be replaced by the same periods of consolidation or even correction. But in general, the dollar will be an outsider as long as the Fed maintains a renewed view of its monetary rate. This should be considered when planning transactions in the currency market.

Should we expect currency traders to be more active with the incoming calendar autumn?

In our opinion, this can happen. Of course, the pandemic has made adjustments to the natural course of things for the markets, but the holiday period is ending, and professional market participants will look for new reasons for making deals. And in the current situation, buying the dollar is simply unjustified from the point of view of fundamental analysis. We believe that it should be sold on any local recovery. First of all, this is justified in relation to the euro currency, then commodity currencies, whose growth will be due to the factor of the global economic recovery, which means a rise in demand for commodity and raw materials assets.

With regard to the euro, the resumption of its growth against the dollar can be noted as a consequence of rising demand for risky assets - company shares. During such periods, investors viewed the euro as an indicator of the strength of demand for risk-on. The demand for shares as well as the interest in the euro paired with the dollar is growing, although we can talk about the decline in the dollar's interest, which is commonly sold against the euro.

On the other hand, the pound strives to keep up with the euro; however, Brexit which continues to be an issue, can pull it down.

It can be concluded that the dollar's global decline will continue and it will only intensify in the wake of the emerging positive economic data from the US, since they will stimulate demand for company shares, and as mentioned above, will "press down" the dollar rate by selling it in the currency market.

The EUR/USD pair has reached the upper boundary of the "rising flag" pattern. Thus, we expect the pair to resume growth either after it consolidates above 1.19850 or after a downward correction to 1.1955 with further rise to 1.2085.

The GBP/USD pair is trading below the level of 1.3420, immediately breaking which or after a short downward correction will lead to renewed price growth to 1.3525. 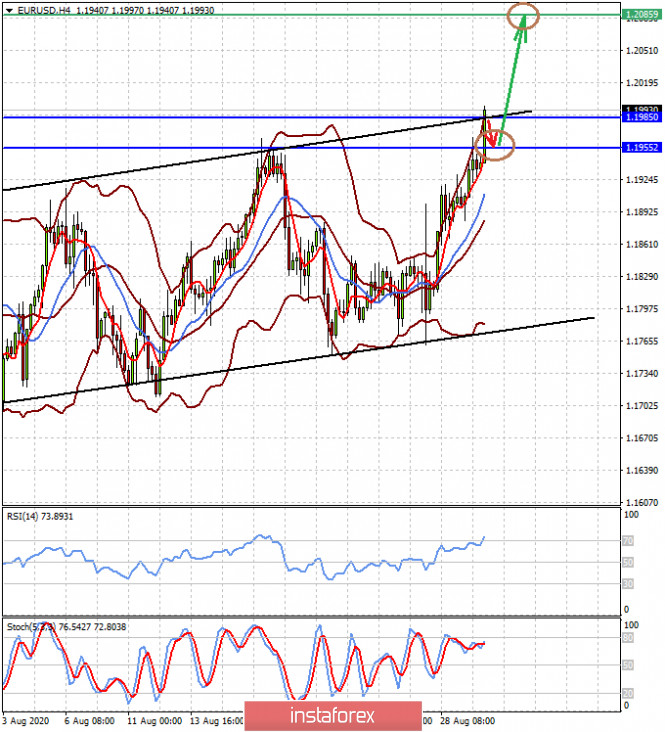 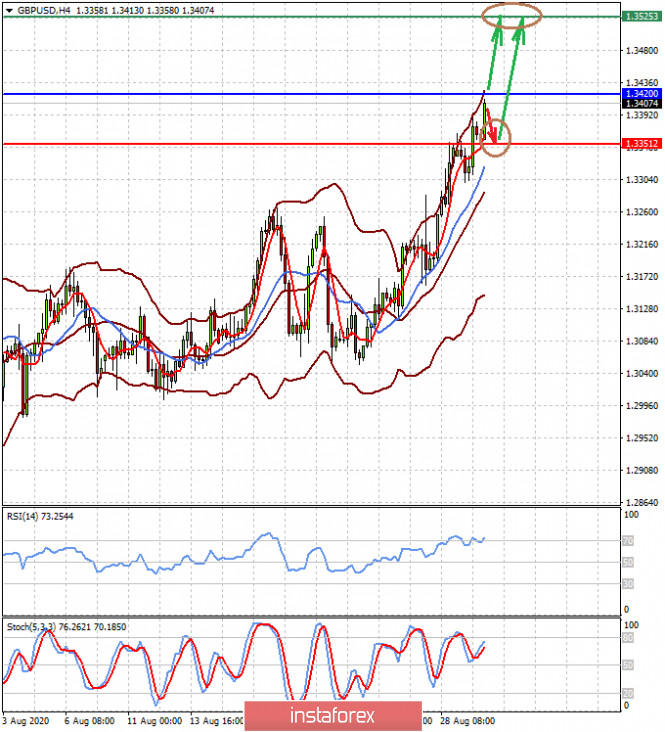 Interesting? Write a comment below.
 #US dollar's decline will only intensify in September, while renewed growth in the EURUSD and GBPUSD pairs is expected after
Forward 
Backward 