USD has stabilized and may correct downward. EURUSD local recovery and USDJPY decline are possible

It seems that investors in the stock market decided to take a break yesterday and switch their attention from the situation around the coronavirus pandemic and another weak data from the labor market to the possible agreement between Democrats and Republicans in Congress on new measures to help small businesses and personally needy Americans from representatives of the democratic wing of the legislature.

As the speaker of the Lower House of Congress and a member of the Democratic Party N. Pelosi said on Thursday, representatives of her party are developing a $ 2.4 trillion program to help the Americans who are in need, small businesses, and airlines. It is difficult to say whether it will be approved by the opponents of the Democrats, the Republicans, since they previously blocked similar measures of support proposed by D. Trump.

Assessing the overall outlook that is being formed in the world markets, including the currency market, we can say that there are still quite a few reasons for optimism. These include the hypothetical probability of reaching an agreement on the assistance measures proposed by the Democrats, some improvement in the new housing market which showed that the demand rose by 4.8% in August against the expected decline of 0.1%, as well as the statement of J. Powell on the need for new stimulants to support the country's economy, without which a breakthrough in further recovery is not possible.

On the contrary, negative factors include the bad situation with COVID-19 in Europe and the United States. The risks are if not the complete closure of individual countries' economies for quarantine, then the application of partial measures that will not contribute to their economic recovery and the weak situation in the labor market that affects consumer demand, which in turn, is the basis of the current capitalist economic model in most countries of the world.

But let's go back to what can be expected today in the currency market. We believe that we will most likely observe the beginning of the consolidation period with an increase in demand for risky assets with a simultaneous local weakening of the US dollar. However, it should also be admitted that there is no need to talk about an actual change in investor mood on the market.

The USD/JPY pair is declining on the wave of weakening pressure of the dollar rate. A price decline below the level of 105.20 will lead to a further decline to 104.75. 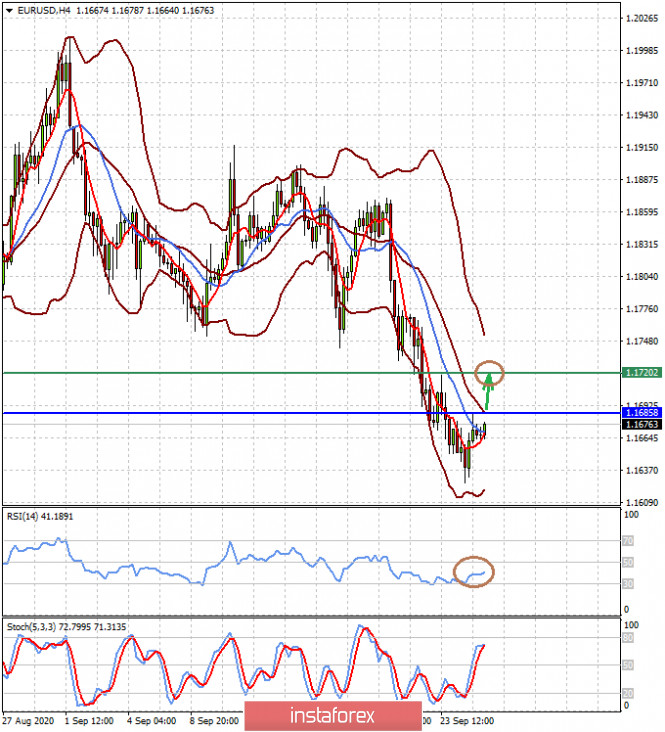 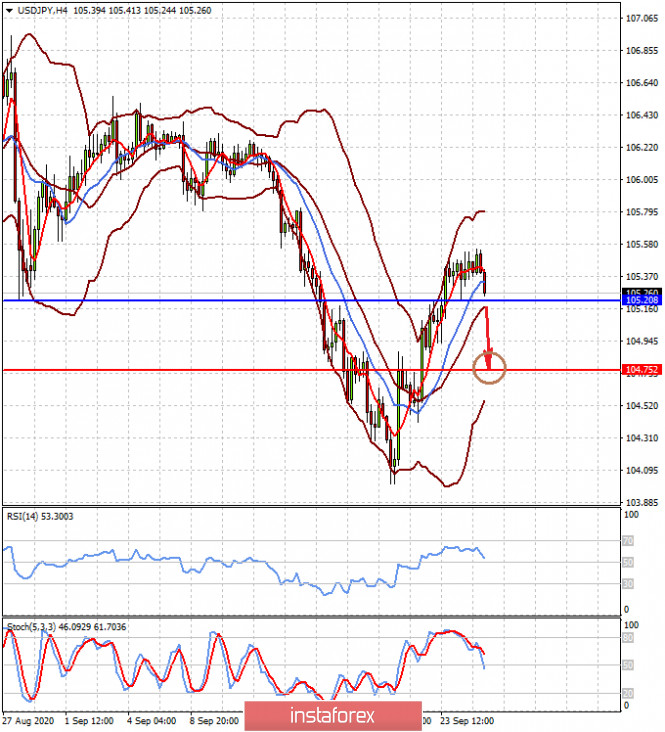