USD/JPY. Change without change: the yen is favorable with the new Japanese Prime Minister

Today is an important day for Japan because the national Parliament will consider the candidacy of a new Prime Minister to replace Shinzo Abe. In different circumstances, this is rather a formal procedure because two days ago the liberal democratic party already elected 71-year-old political veteran Yoshihide Suga as the new leader. This means that he is guaranteed to become the new head of government given the majority of the ruling political force in both parliamentary chambers. On the contrary, the yen reacts strongly to political events as the Japanese currency strengthened both on Monday (following the results of an internal party vote), and is strengthening now, when Sugu's candidacy is approved in Parliament. In my opinion, this situation can be used as a reason to open longs for the USD/JPY pair. Firstly, the fundamental political factors are very short lived and secondly, no serious changes are expected in the context of the ongoing "abenomics" and monetary conditions. 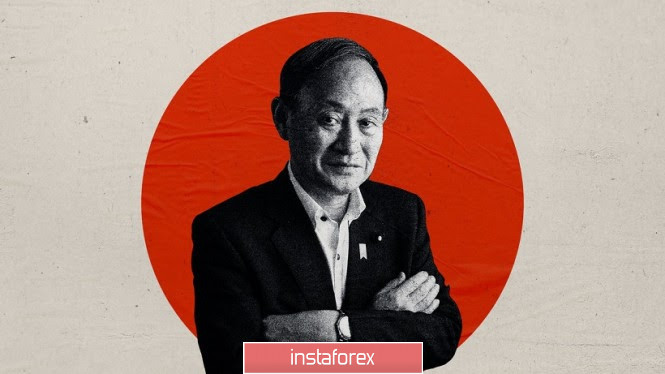 As a matter of fact, both houses of Parliament will approve Suga as Prime Minister today. From the run up to his appointment, members of the Cabinet announced that they were resigning. This is not a political game but a well established rule that the new Prime Minister must come from the composition of the government independently. However, many of the Cabinet members will remain in their posts. In particular, according to the Japanese press, Finance Minister Taro ASO and foreign Minister Toshimitsu Motegi, as well as some other members of the government who worked under Abe, will retain their posts under Sugu's rule.

As we can remember, when Shinzo Abe announced his resignation for health reasons, the yen showed increased volatility. At first, the Japanese currency impulsively weakened and then it began to grow impulsively. But the downward trend did not last long because the USD/JPY pair reached the base of the 105th figure and just the next day began to regain lost positions. We can assume that this time the situation is similar. But in this case, the yen can still test the 104th price level.

Nevertheless, there are no sufficient grounds for the development of a long-term downward trend movement. The policy of Shinzo Abe which supports the growth of the stock market and keeps the national currency from excessive growth will most likely continue. This was stated by the representatives of the ruling party immediately after Abe's resignation. A while later, when the favorite of the internal party primaries was determined, it became obvious that radical changes in key policy areas are not really expected. Suga previously worked as the Secretary of the Cabinet of Ministers. He was and is a close associate and according to Japanese media, a follower of Shinzo Abe.

Some experts call Suga a "transitional Prime Minister", as the news of Abe's resignation caught many by surprise and the candidacy of his successor became a kind of compromise for the most influential representatives of the party. One way or another, most analysts agree that no revolutionary changes should be expected from the 71-year-old politician. This includes the economy especially since Finance Minister Taro ASO will remain in his position in the new government. It is also worth remembering that the term of office of the head of the Bank of Japan Haruhiko Kuroda will expire only in April 2023. Therefore, the Japanese regulator will unlikely change its approach to monetary policy – at least in the context of the coming months. 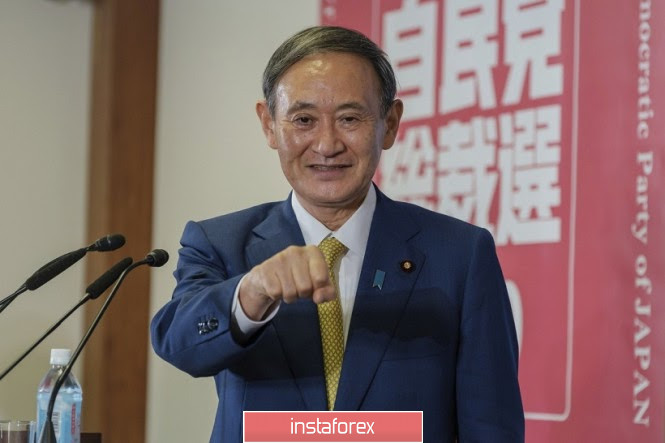 All this suggests that the trend movement going down of the USD/JPY pair is temporary. At this moment, it is better to wait and see the position for the pair in times of such tectonic shifts in politics because it is risky to make any trading decisions (both longs and shorts). But if we look at the longer-term prospects, the strengthening of the yen will be short-term as I can see. The main support level is 104.70, which is the lower line of the Bollinger Bands indicator on the weekly chart. In other words, the USD/JPY bears still have a downward trend but we can consider longs with the main goal of 106.00 (the lower limit of the Kumo cloud on the daily chart) when approaching this support level. In General, it is advisable to make trading decisions on the pair (as well as on any other dollar pair) after the September fed meeting which will be announced this evening. The Japanese political factor will not work for long because tomorrow the pair will follow the US currency which will respond to the tone and general mood of the Federal reserve.