The resumption of the downward movement became possible after yesterday's fall of the pair and the formation of the "absorption" pattern of the daily level. The bearish momentum may continue from the current levels as the formed "market maker zone" has already been worked out. The goal of reduction will again be the WCZ 1/2 105.43-105.28. 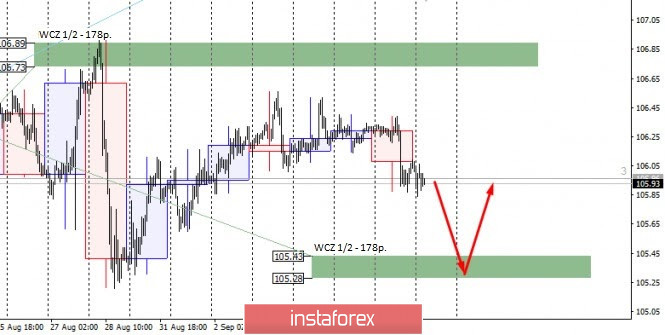 Work within the medium-term accumulation zone formed by the August extremes remains the main one. Transactions from the flat boundaries must be considered in the first place.

The alternative growth model has a probability below 30%, which makes it auxiliary. To change the priority of trading, you will need to close today's trading above yesterday's high. This will allow you to consider purchases of the instrument tomorrow. 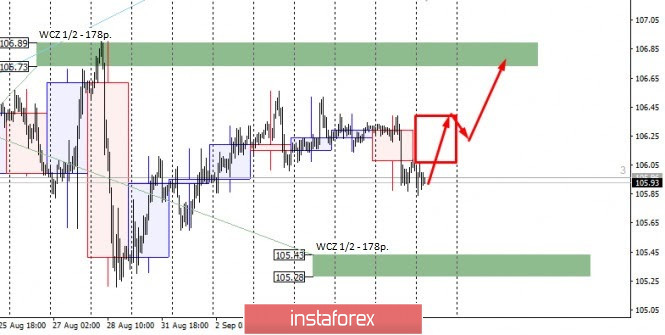 DCZ - day control zone. A zone formed by important data from the futures market that changes several times a year.

WCZ - weekly control zone. The area formed an important marker of the future market, which changes several times a year.