The USD/JPY currency pair reached one and a half month lows this week at the middle of the 104th figure. In this price area, the southern momentum has faded and now traders are at crossroads: on the one hand – the weakening greenback which again began to lose its positions and on the other hand – the lack of weighty arguments for continuing the downward movement. The results of the September meeting of the Bank of Japan and the data published today on the growth of Japanese inflation did not provide any clarity as the USD/JPY pair continues to trade against the background of a contradictory fundamental picture.

The key indicators of Japanese inflation were published during the Asian session on Friday. The overall consumer price index came out in the "red zone", falling short of the weak forecast values as the indicator slowed to 0.2%. There was an increase to 0.6% last month and over the previous three months, the indicator was released at the level of 0.1%. Therefore, we can see here a rollback to the minimum values of this year when the coronavirus crisis was in full swing. This suggests that inflation remains at an extremely low level and the July growth was temporary. The core index was also disappointed. For example, the consumer price index excluding prices for fresh food in July came out at zero and it fell into the negative area up to -0.4% in August. This is a multi-year low because the last time the indicator was at such lows like this was in December 2016. The indicator fluctuated in the range of -0.2% up to 0% this year. The consumer price index excluding food and energy prices also fell short of forecasts, falling into negative territory (for the first time this year), reaching 0.1% with growth forecast to 0.4%. 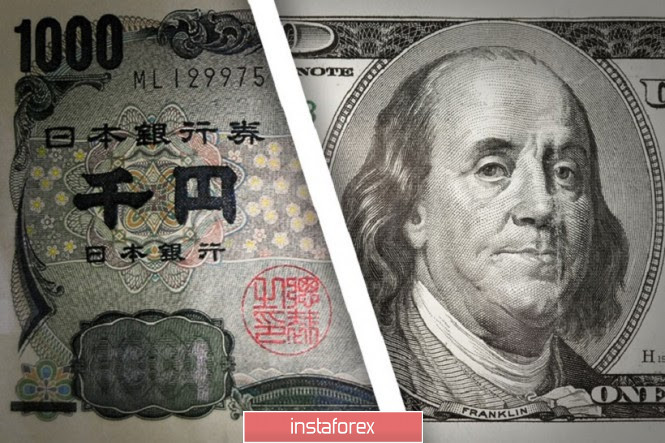 The indicators of Japanese inflation (in particular) and the economy (in General) began to cause alarm at the end of last year even before the coronavirus crisis. Part of the economic downturn was due to tax policy – after Japan raised the sales tax as consumer spending collapsed by three percent at once. But on the other hand, today's figures indicate a slowdown in the recovery process.

The yen reacted badly in today's release because the Japanese currency fell by only 30 points against the dollar. First, the market was ready for a weakening of Japanese inflation as preliminary forecasts of experts prepared traders for this result. The fact that some components came out in the "red zone" did not really upset investors. The Bank of Japan admitted that CPI inflation will remain in the negative zone for quite some time at their September meeting. Therefore, today's result served only as a confirmation of these statements.

In General, the Japanese regulator held a brief meeting voicing the usual rhetoric. Haruhiko Kuroda tried to maintain a certain balance, so the text of the accompanying statement contained both optimistic and pessimistic assessments. For example, the Bank of Japan noted that the country's economy began to show signs of recovery particularly in the export and production indicators as it revived. In lieu of these findings, the Central Bank raised its economic forecasts including estimates of exports and production. The Japanese regulator pointed out that business investment is in line with a downward trend as their setback – capital spending is falling, corporate profits and business sentiment are deteriorating. As a result, Kuroda assured reporters that the regulator will continue to support the economy through aggressive monetary easing and will not hesitate to ease policy if necessary. He voices such discourse literally every meeting, so the market ignored his statements. 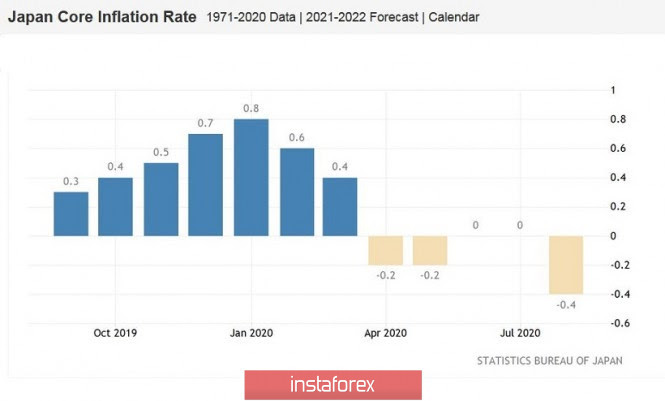 Based on the yen's weak reaction up to today's release, we can conclude that the USD/JPY pair focuses primarily on the "health" of the US currency and on events of the external fundamental background. The US dollar index is now losing ground again. The US currency clearly unreasonably strengthened following the results of the last fed meeting – only due to the alleged split in the fed's camp. But the "separate opinion" of one of the members of the regulator (Robert Kaplan) does not change the weather as a whole. While in reality, the Central Bank moved the possible date of an interest rate increase by another year from the end of 2022 to the end of 2023. Therefore, when the first emotions subsided, only the "dovish" theses of the fed appeared in the dry balance which now exerted background pressure on the greenback.

All this suggests that in the short term, the USD/JPY currency pair may return to the local price minimum up to the level of 104.55. If the greenback weakens further, the pair may break through this support level and go down even more up to 104.20 – this is a multi-month low that was reached on July 31.